Gwen Ifill and What Women Need to Know About Endometrial Cancer 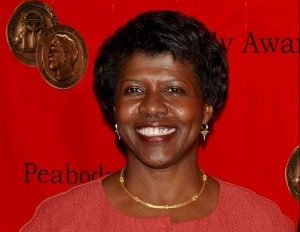 This week, while much our country is still in the throes of post-election turmoil and disbelief, we are saddened by the loss of Gwen Ifill. She was a well-respected political journalist who covered elections, moderated presidential debates, and would have undoubtedly been a sought after voice concerning the current state of the union.

As stated by Paula Kerger, president and CEO of PBS, “Gwen was one of America’s leading lights in journalism and a fundamental reason public media is considered a trusted window on the world by audiences across the nation,â€ Kerger said. “Her contributions to thoughtful reporting and civic discourse simply cannot be overstated. She often said that her job was to bring light rather than heat to issues of importance to our society. Gwen did this with grace and a steadfast commitment to excellence.â€

Ifill exuded authority, strength, warmth and joy. Indeed, she was a journalist’s journalist. And with that dignity and strength of character, she bore her illness in privacy, away from public eyes that sought to know her and dwell in her presence.

Yet, I believe that this pioneering woman, who took on so many issues of politics, race relations, gun violence, and startling, revealing questions about AIDS and healthcare, would share what she has learned about her own health if she knew it could save the lives of her endearing audience.

It has been revealed that Ifill died after a battle with endometrial cancer.

The endometrium is the lining of the uterusÂ or womb. In women of childbearing age, it becomes thick and lush monthly in preparation for implantation of a fertilized egg. If no pregnancy occurs, the endometrium is shed monthly during the menstruation.

For reasons not fully understood, occasionally a genetic mutation occurs that causes the endometrium to proliferate in an uncontrolled manner. If this growth continues, it can progress to endometrial carcinoma.

According to the Center for Disease Control (CDC), all women with a uterus are at risk of developing uterine cancer. The most common type of uterine cancer is endometrial carcinoma. Data from the Surveillance, Epidemiology, and End Results Program (SEER) estimates that more than 60,000 new cases of endometrial carcinoma will be diagnosed in U.S. women in 2016. And approximately 10,500 women will die of the disease yearly. It is the fourth most common cancer diagnosed in U.S. women and the most commonly diagnosed gynecologic cancer.

The good news is that the five-year survival rate for endometrial carcinoma is 81.7%. This indicates that, if diagnosed at an early stage, endometrial carcinoma is highly curable. In order to diagnose and treat this disease at early stages, it is important to be aware of the risk factors, signs, and symptoms of the disease, and to know when to consult your healthcare professional.

There are several potential signs and symptoms of endometrial carcinoma. Most of them are nonspecific and consequently may be indicative of a variety of gynecologic issues such as endometriosis, benign fibroid tumors, endometrial hyperplasia, break through bleeding from birth control, etc. However, if you or a loved one experiences any of the following symptoms, be sure to consult with your healthcare professional.

Known signs and symptoms of endometrial carcinoma include:

The evaluation, diagnosis, and treatment of endometrial carcinoma will vary depending on the patient’s particular presentation, general health, and preferences. Generally, it will consist of a painless pelvic exam and ultrasound. If more extensive evaluation is required, your practitioner may perform a hysteroscopy (visual inspection of the endometrium) and biopsy.

The biopsy will be sent to a pathologist, like myself, for evaluation and final diagnosis. If the pathologist diagnoses endometrial carcinoma, a dilation and curettage (D&C) may be sufficient for a cure in very early stages. More advanced stages may require a full hysterectomy, radiation, chemotherapy, or hormonal therapy. And in the most advanced cases, palliative care and hospice utilization may be employed to usher in a peaceful transition.

Gwen Ifill eventually opted for hospice care and on Nov. 14, 2016, experienced her transition. Though her voice is silenced, her legacy lives. And if women are mindful of the risks, signs, and symptoms of endometrial carcinoma, we can utilize early detection to save lives and honor the life of our fallen warrior.

This post was written by Dr. Crystal A. Moore, M.D./Ph.D., FCAP, an anatomic and clinical pathologist at the Hampton VAMC and laboratory director for several private laboratories in the Hampton Roads Area of Virginia.

Check her out at www.DrCrystalMoore.com or on twitter @DrCrystalAMoore for more health information and to receive a Prescription For Life (#RxForLife) to maximize your wellness in body, mind soul, and spirit.