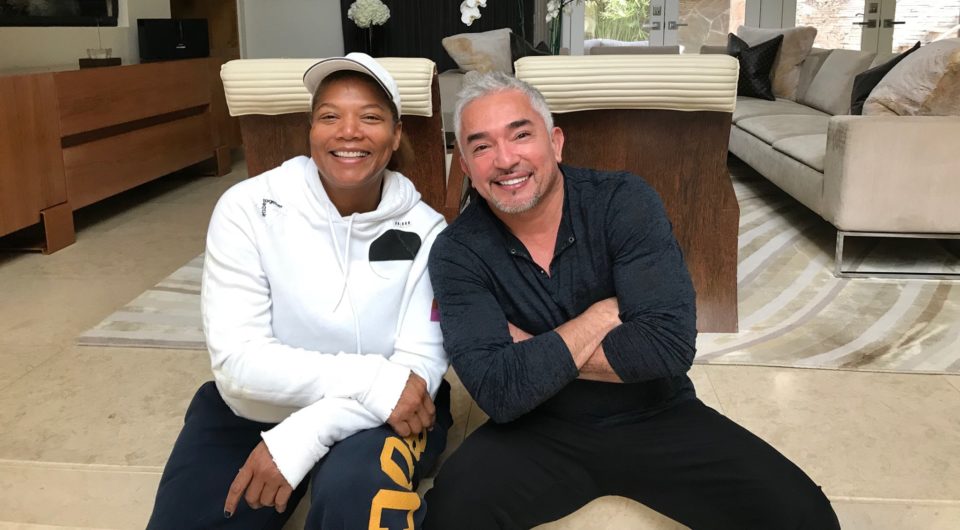 According to a new lawsuit, a dog once owned by Queen Latifah was mauled and killed by a pit bull that belonged to dog trainer Cesar Millan.

Millan, known for starring in the reality TV show Dog Whisperer with Cesar Millan, allegedly tried to cover up the attack by having his staff tell Latifah her dog was hit by a car, according to the Atlanta Journal-Constitution.

In January 2018,  Latifah tweeted a photo of herself with Millan at his facility with the caption, “Had my first training session for my new babies with @cesarmillan! Already learning So much!!!”

Millan’s dog, Junior, showed a pattern of aggression, according to the suit. However, Latifah hasn’t filed legal action against Millan or made any public claims about the alleged incident, BET reports.

According to TMZ, the suit against Millan was filed by Lidia Matiss, a gymnast speaking up about what happened to Queen Latifah’s dog after being bit by the same pit bull.

Matiss claimed Millan was negligent and a fraud after several aggressive experiences with the dog. According to TMZ, the former gymnast seeks financial damages to “punish and/or make an example out of” the trainer.

In 2017, while visiting her mother at one of Millan’s offices in Van Nuys, California, she says the dog attacked her. The gymnast, whose mother once worked for Millan, said the dog has a history of violence yet was allowed to roam the office unattended and unleashed.

According to TMZ, the lawsuit stated the attack was severe enough to keep her from competing in gymnastics. In the suit, Matiss said the dog left major injuries as well as “embarrassment, loss of self-esteem, disgrace, humiliation, and loss of enjoyment of life” after repeatedly biting her legs.

“Junior possessed vicious and dangerous propensities and was inclined to attack, bite, maul, maim, and disfigure people and other animals in its vicinity,” the suit stated.

Junior died at 15-years-old, according to New York Daily News.