Black Hair Negligence in Hollywood Gets Called Out by Black Actors 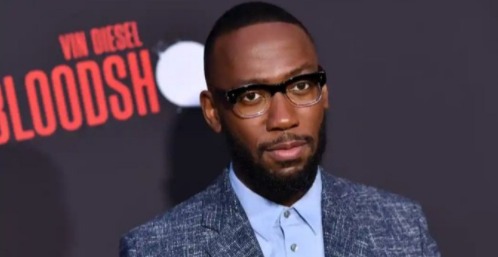 In Hollywood, Black actors want and need to look their best to portray the roles they are booked for, but the talent can find themselves in frustrating positions.

Black actors discussed their experiences of racism with The Guardian, including being told there was no budget to cut their type of hair. Now, writer Priya Elan explained, Hollywood figures want increased diversity in hair and makeup departments on sets.

Camille Friend is a top stylist who has worked on Black Panther, Tenet and Captain Marvel said that in 2021, hairstylists or makeup artists without knowledge of all hair textures and all colors of skin tone should not be working on set.

“There must be better education for all hairstylists and makeup artists,” Friend told The Guardian.

Friend is not alone in thought. A virtual discussion entitled ‘HAIR AND MAKEUP EQUITY: Changing The Industry Standard’ was held on May 11, co-sponsored by the Producers Guild of America, The SAG/AFTRA Foundation and Management 360.  Systemic issues relating to “proficient hair and makeup, especially for Black artists and how we can forge the path to equity,” were discussed, according to the event description.

The Hollywood Reporter said that after moderator DeVon Franklin watched the video testimonials in which Black actors shared their experiences, he fought back tears. Lamorne Morris was among those who shared experiences.

“I would have to go to the barbershop at 4/4:30 a.m. before set to get my haircut. When I would get to set, I would see everyone else in the hair and makeup trailer getting their haircut. When I asked why I couldn’t get my haircut at work, it was because—this is what they told me—they didn’t have the budget for my hair,” Morris said, according to The Hollywood Reporter.

This isn’t the first time the topic has surfaced. In late April, Allure published a story by Baze Mpinja, a former beauty editor at Glamour. She explained that she was often invited to press events at salons where complimentary blowouts and makeup application appointments were offered. She wrote that stylists and makeup artists projected total confidence. After leaving with embarrassing results, she began to decline the offers.

Mpinja also mentioned that when the hashtag #ActingWhileBlack was trending in 2019, once-hidden stories came pouring out, including the reason why Halle Berry admitted that she opted for her famous pixie cut. Mpinja said it was result of experiences she had with industry stylists, not because it was chic.

“And talented women are still pushing for change. Last summer, Aisha Dee, a star of The Bold Type, wrote on Instagram that ‘it took three seasons to get someone in the hair department who knew how to work with textured hair,'” Mpinja added..