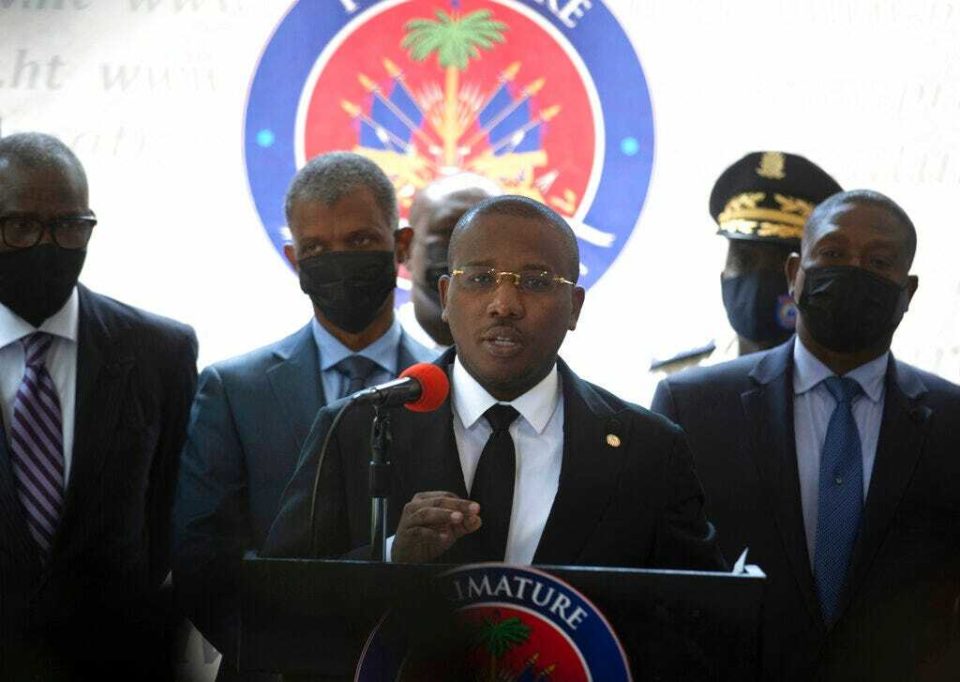 Reuters – Claude Joseph, who has nominally led Haiti as acting prime minister since the July 7 assassination of President Jovenel Moise, will hand power to a challenger backed by the international community possibly as soon as Tuesday, a Haitian official said.

The announcement appears to end a power struggle in the Caribbean nation between Joseph and Ariel Henry, the 71-year old neurosurgeon who was appointed prime minister by Moise two days before the killing but had yet to be sworn in.

Haiti foreign ministry senior official Israel Jacky Cantave said that Joseph took charge following Moise’s assassination to help ensure continuity of state but would hand over power to Henry now that there is a consensus on the future of the country and protests have calmed.

Cantave said that Haiti’s Council of Ministers would meet on Monday and that if all goes well, Joseph could hand over power to Henry in a ceremony on Tuesday.

Reuters was unable to immediately reach Joseph by phone for comment.

Moise was shot dead when attackers armed with assault rifles stormed his private residence in the hills above Port-au-Prince. The assassination has pitched the poorest country in the Americas into political uncertainty at a time of surging gang violence that has displaced thousands of people and hampered economic activity.

Joseph told the Washington Post in an interview published Monday that he and Henry had met privately over the past week, and that he had agreed on Sunday to step down “for the good of the nation” and was willing to transfer power “as quickly as possible.”

Haiti, a country of about 11 million people, has struggled to achieve stability since the fall of the Duvalier dynastic dictatorship in 1986, and has grappled with a series of coups and foreign interventions.

On Saturday, the ‘Core Group’ of international ambassadors and representatives urged https://www.reuters.com/world/americas/martine-moise-widow-assassinated-president-returns-haiti-2021-07-18 “the formation of a consensual and inclusive government.”

“To this end, we strongly encourage the designated Prime Minister Ariel Henry to continue the mission entrusted to him to form such a government,” the group said.

The Core Group is made up of ambassadors from Germany, Brazil, Canada, Spain, the United States, France, and the European Union and special representatives from the United Nations and the Organization of American States.

The group also called for the organization of “free, fair, transparent and credible legislative and presidential elections as quickly as possible.”

The U.S. State Department and the White House National Security Council did not immediately respond to requests for comment on Monday.

Henry told Reuters on July 9 that he considered Joseph to be not interim prime minister but a foreign minister who had taken on the office.

“My installation should be done as soon as possible. I’m working on the formation of a government, I am consulting, and I should speed up my consultations,” he said in the interview.

A Colombian police chief said on Friday https://www.reuters.com/world/americas/haiti-justice-min-ex-official-could-have-ordered-moise-killing-colombia-police-2021-07-16 the assassination may have been ordered by a former Haitian justice ministry official, citing a preliminary investigation that has implicated Haitian Americans and former Colombian soldiers.

Martine Moise, the assassinated president’s widow, returned to Haiti on Saturday for his funeral after she was treated in a Miami hospital for injuries sustained during the attack.