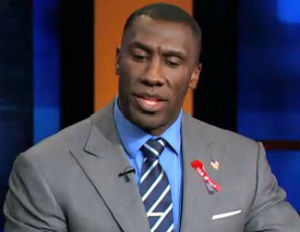 Shannon Sharpe is out at CBS.

Shannon Sharpe often brought a colorful, candid and excitable approach to his role as an analyst for CBS’ “The NFL Today.” He’ll no longer be a part of the show, as he’s one of two casualties from a shakeup that will see recently retired tight end Tony Gonzalez take his place.

Dan Marino was the other panelist on the show not retained. The contracts of both Marino and Sharpe were up, opening the door for Gonzalez.

“While we welcome Tony, we want to acknowledge Dan Marino and Shannon Sharpe who have contributed greatly to the success of THE NFL TODAY for more than a decade,” said CBS Sports Chairman Sean McManus. “Dan and Shannon are true Hall of Famers on the field and in front of the camera. As they pursue other professional opportunities, we thank them for their hard work and dedication and wish them nothing but the best.”

McManus told the Sports Business Journal that the decision to let Sharpe and Marino go was not an easy one, “partly because they are both outstanding individuals.” It was not immediately clear why Sharpe was not re-signed to an extension. SI.com is reporting that CBS had courted ex-NFL wide receiver Cris Carter from ESPN and, regardless of whether they were able to recruit him, that a shakeup in the offseason was inevitable. Quietly, CBS has not been pleased it fell further in ratings to the NFL on Fox, the pregame show anchored by veteran host Curt Menefee and Michael Strahan.

For his part, Gonzalez told SI.com’s Richard Dietsch that he’ll be critical of players when he needs to.

“When you are playing, at least for me the way I approached it, I wasn’t going to be that player calling people out,â€ Gonzalez, who is the all-time leader in yards and touchdowns by a tight end, told SI.com. “Not really calling people out, but more telling the whole truth. Because I don’t believe in that while you are playing; it just doesn’t make sense because we are in that fraternity. But now that I am done, I am going to say exactly what is on my mind. I’m not there to go out and kill players, but if I believe something is true, I am going to say it and not hold back on it. It’s an opportunity to really speak up on issues and I’m going to be as fair as possible and hopefully make some good points people are interested in hearing.â€