Hampton vs. Kentucky in March Madness Brings Pride to HBCUs 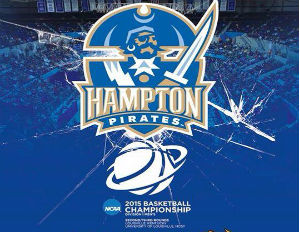 Everyone is clearly waging bets against the lone historically black college that has earned its way into March Madness. Hampton University beat Manhattan College in an upset on Tuesday night (74-64) in the preliminary First Four round, giving the HBCU entre into the coveted official beginning of the NCAA Tournament.

The Hampton Pirates will play tonight against the undefeated University of Kentucky Wildcats, which is 34-0. The Pirates ended their season at 17-17 and has only advanced one other time, in 2001, to the second round in the NCAA tournament.

ESPN did a projection of the likelihood of any of the 65 teams playing in the tournament to beat Kentucky. Not an analysis of who will likely win, but who will beat Kentucky.

Even President Barack Obama released his NCAA bracket winners Wednesday and he called for the Wildcats to beat all of their opponents in the tournament and ultimately win the championship.

So, if Hampton was to take out Kentucky tonight, it would be a sign of the coming of Christ for some. As a matter of fact, even the Hampton Coach Edward Joyner Jr. joked that he needed to call on a higher power for help against Kentucky.

“Jesus on speed dial,” he said after advancing to play Kentucky. ESPN reports that Joyner “grabbed a cell phone and pretended to make a really, really long-distance call.â€ At a postgame press conference, he put down the phone, laughed, and said, “I guess he’ll get back to me.”

Nonetheless, this is a proud HBCU moment, although some question the benefits. “It’s good for an individual player for the experience and to be seen by scouts,â€ says Yussuf Khan of The Shadow League.

“As a school, you get publicity but as a team it’s not good,â€ says Khan. Â “Its’ unfortunate the players have to travel all the way out there, play one game and go home. They go out there to get slaughtered,â€ says Khan referring to the unbalanced matchup of teams.

According to a story in The Shadow League, teams such as Kentucky with NBA-bound athletes and athletic budgets always over power HBCUs that come from much smaller conferences with less resources to develop athletes.

“But as Hampton has proven before, rare doesn’t mean impossible.â€ said Keith Reed in his article at The Shadow League before the HBCU defeated Manhattan.

“There’s just a sense of pride on campus that we know these guys,” said Devon Bonnick, a senior English major said to the Daily Press.

“We here in Hampton are thrilled to see our hometown team on the national basketball stage again and will be cheering them in their next game,” Hampton MayorÂ George Wallace said to the Daily Press.

The game is tonight, March 19 at 9:40 p.m. on CBS. Fans will be following along with the hashtags: #HamptonNation, #BelieveinHamptonU, #PiratePride. Some have already began the cheering.

I could not be prouder of our family. Way to make it to Quarter Finals boys. #piratepride #family -Fulton