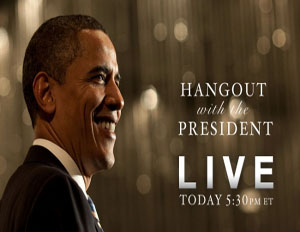 President Barack Obama is no stranger to interacting in the digital space, conducting town hall meetings on popular social media sites, such as Facebook, Twitter and LinkedIn. Now, Obama is bringing the dialogue to Google+.

Starting at 5:30 p.m. ET, the commander in chief will talk about his State of the Union Address in a live interview.Â  Mashable reports over 225,000 people sent in or voted on questions, and six of those participants will be invited to join the live conversation with Obama.