Hard Times Ahead for Those Who Lack Soft Skills 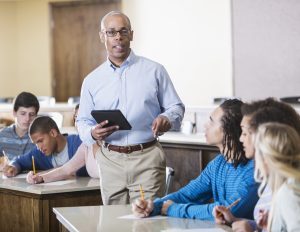 That’s great news, but to what can we attribute those gains? Is it higher test scores? Or is it a teacher’s ability to help her students develop soft skills?

The Hamilton Project recently released a report that explores the relationship between what are commonly called soft skills and outcomes in education and employment.

What Are Soft Skills?

Soft skills, also known as social, emotional, and behavioral skills, at one time may have been called character. Researchers like psychologist Angela Duckworth have identified qualities like the ability to persevere in the face of obstacles; conscientiousness, or choosing to do the right thing; and self-control, or the ability to delay gratification. Other such qualities include leadership and the ability to get along with others, otherwise known as social skills.

According to the Hamilton Project, for the past 15 years, education policy has focused on skills that can more easily be tested, like math and reading or language arts. Because of the testing culture in U.S. schools, there’s an emphasis on measuring gains in such cognitive skills.

Cognitive skills are important, but the acquisition of social skills–also called noncognitive skills–is also critical to students’ learning outcomes. Social skills, however, get less attention, perhaps because gains in leadership or teamwork are difficult to measure.

The Hamilton Project reports that hiring managers are as concerned about noncognitive deficits as they are about new hires’ math and language ability. If you can do math but can’t communicate effectively, that’s a problem. If you don’t pay attention to details, if you can’t work well with others–it doesn’t help that your SAT scores were really high.

In its report, the Hamilton Project distilled the following seven facts regarding noncognitive, or social, skills and how they affect education and the labor market: