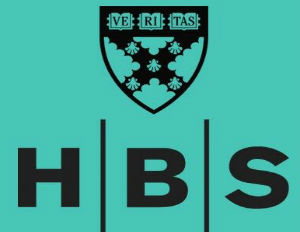 Similar to many of the country’s top business schools, Harvard University struggles with attracting female students for their business program. In an effort to address this issue, the Ivy League institution launched Peek, a recruiting program that targets women colleges across the nation.

Currently, women make up 41 percent of Harvard Business School’s class of 2016, which is the highest number of female students the school has ever had. Under Peek, HBS will offer juniors, seniors and recent graduates from women colleges the opportunity to read and discuss four HBS case studies in class taught by some of the school’s top faculty members.Â  In addition to visiting the campus and spending a weekend discussing cases studies, the visiting scholars will also have a chance to meet and interact with current students and alum.

“It’s literally a peek into being a student here,â€ Huffington Post reports Dee Leopold, the school’s head of MBA admissions and financial aid saying. “While prospective students have always been welcome to come and sit in a class, watching doesn’t come close to participating in a case method class.â€

Despite the program’s good intentions, Peek has received some criticism for the $500 fee that it’s charging participants.

“The fact that HBS, a school with the largest endowment of any in the world, would charge women for the privilege of coming to campus rubbed a lot of people the wrong way,” said Byrne, a former executive editor of BusinessWeek.

For years, female students have lagged behind men at some of the nation’s top business schools. In 1985, women made up only one quarter of the HBS graduating class. At The Wharton School of the University of Pennsylvania women make up just 40 percent of the 2016 graduating class and at Stanford Business School women make up 42 percent. So far, no top business school has gotten to a 50 percent female population.

Click here to visit Peek’s website and learn more about their efforts to improve the number of women at HBS.