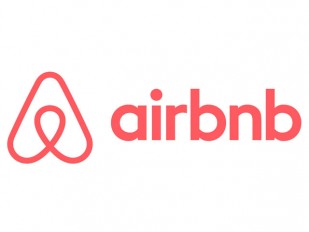 Blacks are more likely to face discrimination when seeking rentals on Airbnb, a new study from the Harvard Business SchoolÂ reveals.

[Related:Â One Country’s Bold Approach to End Discrimination in the College and Job Application Process]

In an experiment involving over 6,000 Airbnb listings, researchers sent rental inquiries using two sets of names for each rental; one name traditionally African American and the other traditionally white.

Requests from guests with the black names were 16% less likely to be accepted by hosts. The study also shows that by rejecting blacks, Airbnb hosts lose approximately $65—$100 in revenue.

Airbnb is an online platform allowing hosts to rent out houses, apartments, and rooms. It’s a service that is part of the so-called “sharing economyâ€ – a business model where goods and services are borrowed or rented from others. Other sharing economy-type businesses include TaskRabbit, Uber, and Rover.com.

While sharing-economy businesses introduce convenience and affordability for consumers, they are also unregulated. A hotel listing on Expedia, for example, is prohibited by law to discriminate against prospective customers.

As the Harvard researchers state in the study results, Airbnb and other such businesses are not bound by the same laws. Airbnb hosts can handpick the people they wish to transact with.

In a comment to BlackEnterprise.com, an Airbnb spokesperson said, “We are committed to making Airbnb one of the most open, trusted, diverse, transparent communities in the world. We recognize that bias and discrimination are significant challenges, and we welcome the opportunity to work with anyone that can help us reduce potential discrimination in the Airbnb community. We are in touch with the authors of this study and we look forward to a continuing dialogue with them.”

The Airbnb study mirrors other results from past experiments involving consumer discrimination. A 2010 studyÂ showed that buyers are less likely to respond to an ad selling an iPod on Craigslist if a black hand is shown holding the device versus a white hand.

Another study in 2002 showed that African Americans were more likely to pay higher prices for a car at a dealership than when purchasing in relative anonymity online.