Do it now. If you’re selected you’ll get a full-ride scholarship to HBCU@SXSW: Your transportation, lodging, and meals will be covered March 9-12. This is a great opportunity!

‘The Only Black People in the Room’

What is SXSW, you ask? Held annually in Austin, Texas, SXSW is a conglomeration of festivals and conferences that explores the latest in music, film, and technology. Since 2015, HBCU@SXSW has exposed high potential African American, Hispanic, and Native American students to the high-earning, high impact potential of the innovation economy. One-hundred such students attended in 2017. Next year’s event will be held March 6–12.

“Four years ago, my wife, a Howard University graduate, and I were at SXSW attending a VIP investor event. We realized that we were the only black people in the room and decided that early exposure to these unknown spaces was critical to increasing authentic inclusion in the innovation economy. So it was her idea to introduce HBCU students with access to the world we live and thrive in as early as possible,” says Rodney Sampson, founder and CEO of Opportunity Ecosystem, in a statement.

HBCU@SXSW is an initiative of Opportunity Ecosystem.

At #HBCUSXSW18 students will spend a week attending workshops and hearing panels sponsored by partnering tech companies; they will also network and take in curated experiences promoting tech careers, entrepreneurship, and wealth creation. In addition, students will be exposed to respected entrepreneurs, business leaders, technologists of color, and investors from around the world.

“HBCU@SXSW … offers companies authentically committed to recruiting the best and brightest technical and non-technical talent scale in their initiatives to recruit from colleges and universities that are intentional about exposing, educating, and engaging their high potential students with access today to the opportunities of the future,” says Corey Smith, Early Exposure Lead at Opportunity Ecosystem, in a statement. Smith also leads the HBCU@SXSW18 initiative.

Smith told me in an e-mail that students who apply early will benefit the most. “You really want to encourage them to apply now because this year we have year-round opportunities for applicants, for example, most of our sponsors will start hiring and interviewing our students for 2018 jobs and internships.”

So apply now. Students who have been selected will be notified by Dec. 1. Learn more here. 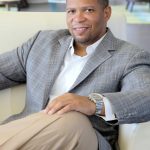 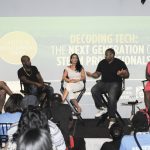 Ne-Yo Discusses the Fine Line Between Tech and Entertainment