HBCU's Wealthiest Graduate Revealed, and It's Not Oprah 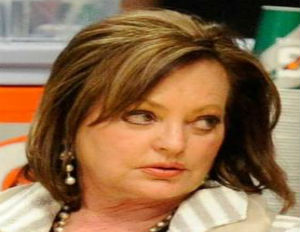 Yes, you read that correctly!

While HBCUs have a track record of producing highly successful individuals in all career fields—media mogul Oprah Winfrey is a prime example—it seems that we’ve allowed one graduate on Forbes billionaire list to slip through the cracks.

Ann Walton Kroenke is a nursing school graduate of Lincoln University in Missouri and is reportedly worth more than $4 billion.

Kroenke is the daughter of James “Bud” Walton, who co-founded Walmart with his older brother, Sam Walton, in the 1960s. After his death in 1995, Walton left Ann and her sister Nancy enough shares from the retail giant to make each of them billionaires. But as if that wasn’t enough, Kroenke is also heavily affiliated with major sports franchises. Her husband Stan is the CEO of Kroenke Sports Enterprises, and together they own the NBA’s Denver Nuggets, the NHL’s Colorado Avalanche, the NFL’s St. Louis Rams and the soccer club Arsenal.