Hereâ€™s Whatâ€™s Up With the New Android OS 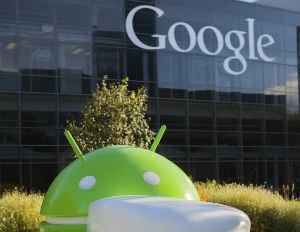 I admit: I am an Android aficionado. Don’t get me wrong, the iPhone is a gorgeous device; well-performing, and takes better pictures and videos than any Android smartphone on the market.

Yet, I favor Android for personal use. I love the fact that you can dig into the guts of an Android phone or tablet. Yes, you can jailbreak an iPhone, but Android is already out-of-the-box ripe for customization. There are tons of add-ons, skins, themes, and other customization options to really make your Android a device that reflects your style and personality.

And of course, with Android you have scores of phones to choose from. Plus, it’s an easy fit into the ecosystem of Google, which includes Chrome, Google Maps, and YouTube.

Which is why I was pretty stoked about the details Google provided on the upcoming latest iteration of the Android operating system, code named, “Android N,â€ at this year’s Google I/O developers’ conference.

Here is the rundown:

Multi-Window Support: This has been requested for quite some time by many Android users. Android N allows for displaying more than one app at the same time. Two apps can run side-by-side or one-above-the-other in split-screen mode. On TV devices, apps can use picture-in-picture mode to continue video playback while users are interacting with another app.

Direct Reply:Â With the Direct Reply feature in Android N, users can quickly respond to text messages or update task lists directly within the notification interface. This means you can reply to messages without opening any app.

Seamless Updates: With Android N, updates happen in the background, so you can continue to use your device as usual.

By the way, for the first time ever, Google is asking the public to submit suggestions for the final release name to Android N. You can submit your ideas to #NameAndroidN.