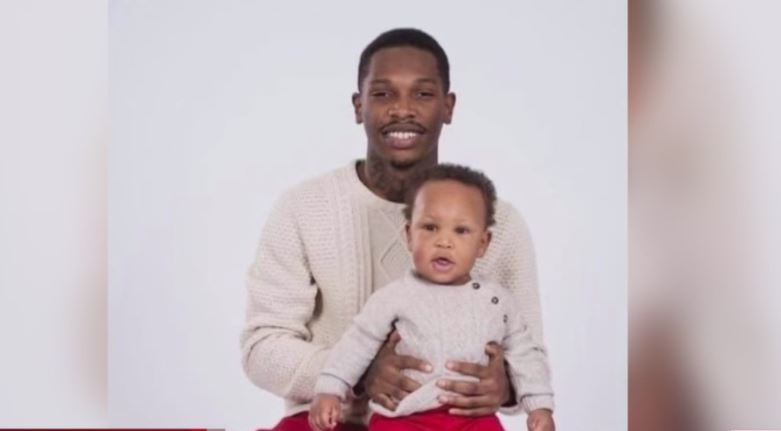 Edgecombe County officials have recovered the body of 21-year old Kevon Ricks who was working at a QVC Distribution Center in Rocky Mount, North Carolina when a massive fire erupted, destroying most of the facility.

In a press release statement posted to Facebook, the Edgecombe County Sheriff’s Office confirmed the body was found Sunday morning:

“On 12/19/2021, at approximately 11:30 am, Fire Search and Recover members located a body on the outbound side of the loading dock of QVC. At 4:00 pm today the body was positively identified as 21-year-old Kevon Ricks.

Our thoughts and prayers go out to the family of Mr. Ricks as well as all team members affected by this tragedy.”

According to ABC station WTVD, Ricks’ loved ones had not heard from him since 1:15 on Saturday morning, about 45 minutes before the fire began. Ricks, father to a 1-year-old son, was on break at the distribution center, when he spoke with his fiancée on the phone. Stephanie Randolph, Ricks’ godmother, told the news station that she was concerned about him and reached out to local authorities to alert them that at least one person was unaccounted for.

“I’ve been crying all day. I’m not hurt for just myself, not just for his mother, not just for his son. I’m hurt for my son. I’m hurt for people who know he’s a humble guy,” Randolph told the news station.
“He’s a great person.”
During a news conference Saturday afternoon, Edgecombe County Manager Eric Evans relayed information from QVC, in which the company shared they believed all the center’s employees appeared to be accounted for. However, after the county received a report from Randolph about her godson, Evans said it’s believed Ricks died of smoke inhalation since the fire did not spread to the part of the building where he was found.

“Fire had not actually touched that section of the building,” where the body was discovered, Evans said. “An autopsy has not been done, but they are assuming it may have been through smoke inhalation.”

More than 300 employees were working at the 1.2 million-square-foot facility when the fire broke out early Saturday. Crews from nearly 45 fire departments fought to extinguish spots that were still flaring up on Sunday, more than 12 hours after it began. The local authorities have noted that there have been no arrests, and the cause of the fire remains under investigation.

As one of the largest local employers, the QVC Distribution Center has been serving the area for 21 years. The Rocky Mount Area Chamber of Commerce shared on Facebook that up to 2,500 families would be affected by the tragedy. They will be collecting any and all donations to support the families of affected employees.

“This is devastating for our county. It is very difficult, this is a blow to our local economy. But most importantly, we are concerned about the employees who work at that facility and want you to know that there’s lots of resources that we’re working very hard to coordinate,” said Evans.

QVC pledged to provide shutdown pay to all team members through the end of the month, as they continue to assess the next steps for 2022.