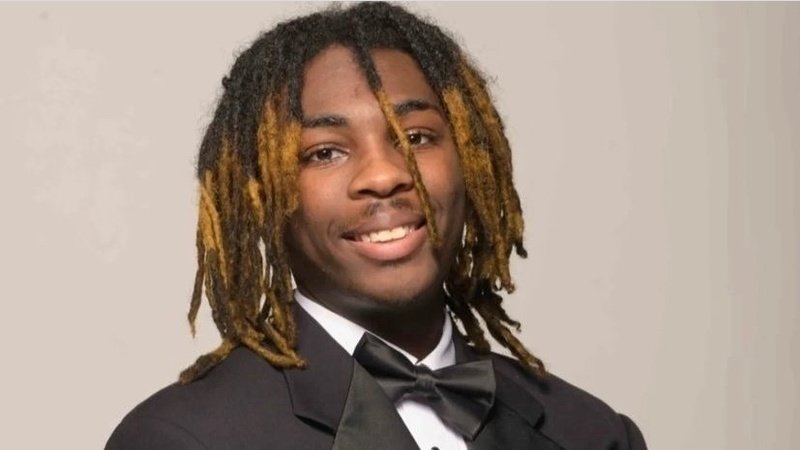 A Florida high school has issued a formal apology after telling a Black honor student that he had to cut his locs in order to walk in his graduation.

Jacob Rush is a senior and straight-A student at Abeka Academy in Pensacola, Florida, Black With No Chaser reports.

He was looking forward to his upcoming graduation at the Christian school but was shocked when his mother received a letter telling her that the dreadlocks he sported in his senior photos had to be cut or shortened or risk not being allowed to walk at his graduation.

Abeka reportedly credited the harsh warning to the campus of Pensacola Christian College saying it was their requirement.

“As a reminder for the graduates participating in the ceremony, we ask the gentlemen to have hair tapered and may not come over the ears, eyebrows, or collar (no braids, dreadlocks, buns), ” a screenshot of an email from Mrs. Karen Northrup read.

After receiving the email, Jacob’s mother Latrenda Rush launched a Change.org petition to raise awareness of the school’s discriminatory demands and garner support in Jacob walking at his graduation with his locs.

“My son has worked very diligently this year and to get the news that his senior picture shows that he has “Locs,” disqualifies him from marching unless he cuts them. This is very inhumane!”

After the petition garnered over 37,000 and sparked outrage on social media, Abeka took to Facebook on Tuesday to apologize for their “insensitive rule.”

“Abeka Academy apologizes for the insensitive rule of “no dreadlocks” in the dress and hair guidelines for our optional homeschool graduation,” the statement read. “This does not reflect our desire to respect and serve the broad diversity among ABA students.”

The school ended the apology confirming that they have “removed this reference from our requirements.” Their apology comes as more states make moves to pass the CROWN Act to help end hair discrimination in the workplace. On Monday, City Council members in Hungtington, WV voted unanimously to pass the CROWN Act, 13 News reports.