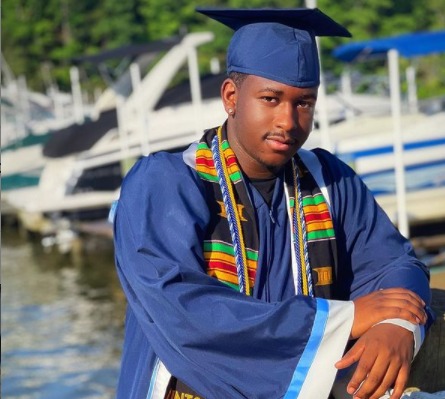 Jawuan Hill is a 2021 high school graduate who was selected to study in Julliard’s Drama School for Bachelor of Fine Arts, out of thousands of hopeful applicants from across the globe. Only 19 applicants were accepted this year. Instagram photo credit- @jawuanthill

For Jawuan Hill, a member of the Charles J. Colgan Sr. High School’s Class of 2021 in Dumfries, Va, getting into the prestigious and highly selective The Julliard School was a dream he wasn’t sure he could realize.

However, Hill, 18, was one of 19 students who earned a coveted spot to study at the respected institution. But he was also hit with a hefty price tag of $80,000. So with his sights set on making a longtime dream come true, Hill turned to GoFundMe to raise money for the remaining tuition expenses, after he received a partial scholarship.

Hill was also dealing with the loss of his biggest supporter—his grandmother who passed away from ovarian cancer. He found out that he had been selected to Julliard just a few months after losing Idella Crawford.

Hill edged out thousands of applicants from across the globe who wanted the chance to study in New York. Hill raised $48,550  and counting of his $35,000 goal, after he organized a fundraiser. He was truly inspired to keep going after his grandmother’s death.

“Theater has been a major part of my life and I would greatly appreciate any part you would like to play in assisting with this amazing opportunity. In addition to being accepted, I have been fortunate enough to receive partial scholarships to help mitigate cost,” Hill wrote on his GoFundMe page, while also noting his volunteerism. “Unfortunately, the cost of attendance at Juilliard is very high. This includes tuition, housing, books & materials, etc. I am here because of a $35,000 deficit that needs to be satisfied before my enrollment in the fall. I know the final amount sounds like a lot, but I am only asking for your support, whatever that may be.”

Hill told potential donors that no donation would be too small. In just seven days, the performer notified donors that 15,129 was raised  in seven days. Word about a big obstacle Hill face started to travel.

High school senior, Jawuan Hill, from Dumfries, VA overcame many obstacles to get accepted into Juilliard, including the death of his biggest supporter—his grandmother. https://t.co/WzejdvZDmf

In the end, everything worked out.

“The community surrounded me with love and affection,” Hill said to ABC 7 News.