Actor Hill Harper Sheds Light on Life Beyond the Bigscreen 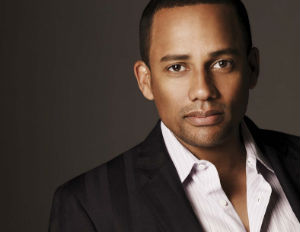 From Harvard to Hollywood, Hill Harper has used his intellect and passion for taking on all life brings his way to create a name for himself that can’t sit in just any one box. After obtaining an undergraduate degree from Brown University, Hill went on to attend the prestigious Harvard University Law School where he befriended President Obama during their first year on campus. Now, the two sit with a 20-plus year friendship that has crossed over into their personal lives. After Obama took office, he appointed the Iowa City-born Renaissance man to the President’s Cancer Panel, where Harper currently sits as a key administrative member. And the actor “couldn’t be more proud to be apart of the US administration.â€ But for anyone that knows him, there’s much more to Hill Harper than his days working alongside the White House.

While attending law school, the now 47-year-old businessman always had his foot in acting–he just never pursued it as a kid or in school because it was unfamiliar territory. He joined Boston’s Black Folks Theater Company, and realized acting was something he couldn’t live without. Harper now credits and thanks Spike Lee for giving him the opportunity to show Hollywood that when it comes to acting, he got game! It’s been 20 years since his first major role on Lee’s 1993 flick, Get on the Bus, and Hill’s still going strong. But once again, there’s more to his life that just that of a typical television and film star.

From law student to thespian to author and motivational speaker, you would think Hill Harper’s done it all. But he tells BlackEnterprise.com there’s plenty more to come. To some he might be Booger from He Got Game or Dr. Sheldon Hawkes from CSI: New York, but Harper’s here to show fans life there’s life beyond the big screen.

Black Enterprise: You attended Brown University then Harvard Law; you didn’t get your degree in acting but always seemed to have your foot in the door. Did you ever think about studying drama or theater instead?

Hill Harper: Yes, I thought about it, but I didn’t know enough about it. I think we gravitate towards what we know about, and I had to learn about it as I went to college and took acting classes. I had no family members that were in any section of the entertainment industry whatsoever let alone acting or behind the scenes. My parents were professionals–they were physicians, so [entertainment] was very foreign to me. But the more I learned, the more I realized I had skill in the area and the more I realized that it was in my heart and I loved it. But I’m so happy I pursued the foundational elements of my education because they informed the way I act, and I think they make me a better actor and a more unique actor.

Black Enterprise: You’ve had a name in Hollywood for quite some time now. What film do you credit for putting you on the map?

HH: I have to say that Spike Lee gave me my break. My first major film he put me in [was] called Get On the Bus. Then he hired me right after that to do another film called He Got Game with Denzel Washington and Ray Allen. Working with an A-list director like Spike gave me some credibility, and the fact that he hired me again told the industry that I was someone that was doing quality work. I thank Spike Lee for a lot of my career success.

Black Enterprise: What have you not done that you hope to do before your career in acting is over?

HH: One thing I haven’t yet done is that legacy role. That role that gets put out there so that everyone sees it, and it leaves an imprint on society. I think every artist wants to do something that has legacy–something that lasts beyond them. I think as far as acting goes, I’ve been in projects that are considered legacy projects but I don’t think I’ve played a character that’s considered a legacy character. For instance, I was on The Sopranos, but Tony Soprano was [the] legacy character. The film Lackawanna Blues is a legacy project. So, I’ve been in legacy projects, but I would love to play a legacy character before it’s all said and done.

Black Enterprise: While finding a way to solidify your acting career, you also found a way to transition yourself into an author, speaker and motivator. How did you find yourself moving away from just working the big screen?

HH: With acting, there can be a lot of down time. You’re either in between roles, or if you’re doing a TV series you’re on hiatus. I’m not the type of person that just sits around or likes to sit around. I like to have an impact in whatever way. So, the speaking came first. I got invited to speak at a lot of schools, and I [began] giving a lot of motivational speeches. The books came after that, and I’ve continued doing the speaking. They kind of just happened organically.

Black Enterprise: You mentioned your books coming along in your career. Your new book, Letters to an Incarcerated Brother, is the latest addition to your Letters series. What inspired you to start this literary saga?

HH: The initial emphasis was that young men were reaching out to me, asking me questions. You realize how many young men out there don’t have mentors [or] people in their life to help them navigate [from] young adulthood to adulthood–so that’s how it started. Letters to an Incarcerated Brother was born out of the fact that I got so many letters from men and women who are incarcerated. I think my earlier books got passed around within the system…and I would start receiving all these letters and stories that really moved me and touched me and broke my heart in many ways. I wanted to figure out how I could do something to be transformative for the lives of these people as well as anyone that has ever known someone that has been incarcerated. This is an issue that we have to learn more about, and that we have to talk about.

Black Enterprise: As your career has developed full circle, did you ever imagine the black community, or people in general, would look to you as a mentor to acquire advice on life?

HH: I don’t think I went out seeking that, but I think that if you decide to step out into the public eye then you’re signing up to be a mentor. It comes with the territory. If you don’t want to do that then you shouldn’t seek jobs and do work that is public oriented. Stay private. There’s nothing wrong with that. But once you decide to step out into the public, you’re opening yourself up for criticism and you’re also opening yourself up for people to look to you as a role model and potentially ask you to be a mentor. I’m willing to take those things on.

Black Enterprise: Aside from your life as an actor, author, and motivator it seems things don’t stop there for you. You attended law school with President Obama and now you’re serving as a member on the President’s Cancer Panel. What was it like to watch him grow and now be a part of his administration?

HH: It’s been great. First of all, he’s the same guy I knew 20 years ago back at Harvard Law School. He’s someone who’s committed to wanting to make the country a better place and wanting to work hard every day. He’s one of the hardest working and most disciplined individuals I’ve ever met. I couldn’t be more proud that he thought high enough of me to ask me to join and appoint me to the President’s Cancer Panel. To solve all of the different problems we have in this country requires all of us working together. I’m happy to serve, and so proud of the work he’s done in service of our country. It’s been great to see his evolution over time.

HH: I live a great life!

Black Enterprise: TouchÃ©. You’ve done and are doing so much. How can people look to live a great life like you?

HH: Be true to yourself; follow your heart. One of my favorite quotes is by Bobby Kennedy…he talks about three words: passion, reason and courage. And courage, that third word is my favorite word in the English language. The root of it–cour–means heart. Live from your heart; live fully and if you do you’ll find that you get the intuition to do things and make certain changes in your life. Fears will come up, but fight through those fears and if you do you will have unquestionably a great life.