Hillary Clintonâ€™s 10 Missteps in the 2016 Election 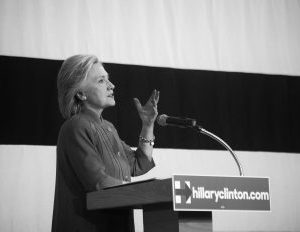 Much like a heavyweight boxing match-up, the underdog Donald Trump utilized an unorthodox style to handily beat the Washington, D.C. establishment, the media, and Secretary Hillary Clinton for the championship belt–the presidency.

But how did Hillary lose the election that she was so heavily favored to win?

While Trump didn’t have extensive policies that drilled down into specifics, he simply spoke about the economic hardship that many Americans have experienced in the last eight years.

All Americans, from the inner city to rural farmlands, share a common need for decent paying jobs, educational options through school choice, access to affordable healthcare, and stable economies to foster small business growth, as well as a desire for national security and safety in local communities.

In 2012, America gave President Obama another chance to address these concerns by re-electing him to a second term, since his first term was plagued by the aftermath of the worst economic collapse since the Great Depression. However, many Americans believe that the country is headed in the wrong direction, financially and socially.

The last couple of months have shown that economic conditions are not getting any better, despite rosy economic reports promulgated from Washington, D.C., and the new enrollment period for Obamacare raised doubts about affordability for Americans based on soaring premiums coupled with high deductibles.

The social unrest and unease that many Americans face helped Trump win, however, Secretary Clinton and her cohort’s made some critical missteps, which helped aid Trump’s victory.

Let’s take a closer look as to how Hillary lost this election.

1. Assumed the election was in the bag:

For Clinton’s campaign, it was incomprehensible that a person with no political experience, no military experience, no ground game, a self-funder, an offensive reality TV show host, and other negatives could beat her. So, she took the competition too lightly.

But, Trump appealed to a large demographic, despite his offensive comments, evangelicals overwhelmingly voted for him by a margin of 81% to 16%. And Trump outpaced Gov. Mitt Romney for the black and Hispanic vote at 8% and 29%, respectively.

Perhaps the biggest surprise to Democrats is white working-class Obama voters that cast their ballots for Trump after voting for Obama in 2008 and 2012.

2. Took the black vote for granted:

While Trump was making an economic pitch to black voters by talking about jobs, safe communities, and school choice, Hillary focused on characterizing Trump as a bigot, misogynist, and his supporters as deplorable. Well, this tactic didn’t work for Hillary because Trump won more black votes than Romney did in 2012.

3. Unable to galvanize voters to support her platform:

Despite being endorsed by Sen. Bernie Sanders and adopting key elements of his platform, Hillary could not inspire enough voters to support her in battleground states like Florida, North Carolina, and Pennsylvania where the margin of Trump’s victory ranged from two to four points.

4. Unable to decisively beat Trump in all three debates:

Hillary’s campaign was never able to deliver a knockout blow even when given the opportunity. For example, in the third debate when Hillary was asked a question about her 30 years of experience, she touted being a lifetime advocate for women and children.

Some believe that in that debate, she squandered a huge opportunity to highlight any substantive accomplishments as senator and secretary of state, however, when you examine her record of accomplishments there is no legislation that she sponsored as senator that had material significance and no foreign relations treaty or agreement that was a success during her tenure as secretary.

Hillary went more than nine months or 270+ days without holding a press conference amid growing concerns about her scandals and rigged Democratic primary. Perhaps she would have garnered more support and built up a political escrow account if she had held press conferences during the long drought of open questions from the media. During the same period, Trump took advantage of earned media and actively engaged the press.

In the final weeks before the election, Hillary’s campaign rallies had entertainment star power that provided a spark to ignite voter turnout for the candidate. But the effort failed to motivate voters to the polls and made it evident that the star-studded ensemble was not stronger together. Despite the endorsements from iconic figures, it wasn’t enough and conveys a subtle message that Trump is either that good of a politician, or Hillary is that bad of a candidate.

7. Didn’t play by the rules in the primary:

Remember those days in school when you stayed up late studying and wished you had a better idea what was going to be on the test. If you were able to get the exam ahead of time, it would be called cheating because it would give you an unfair advantage over your classmates. That’s what Interim DNC Chair Donna Brazile did for Hillary by giving her questions for a CNN debate ahead of time so that Hillary could draft scripted answers opposed to extemporaneous responses. This gave Hillary an unfair advantage over primary rival, Sen. Bernie Sanders.

Additionally, former DNC Chair and Congresswoman Debbie Wasserman-Schultz went to great lengths to rig the primary against Sanders in unprecedented ways. If that wasn’t enough, the Democrats were in a state of flux that led to Wasserman-Schultz resigning as DNC Chair after the emails were revealed through WikiLeaks, which angered many Sanders supporters.

Lastly, the primary race between Clinton and Sanders was very competitive, but some voters felt that their votes did not count because of the insurmountable lion share of superdelegates pledged to Hillary from the start of the election cycle. Therefore, Sanders never had a legitimate chance to win the primary.

Sanders charm and message connected with millennials in the primary but that didn’t transfer to Hillary in the general election. Over 1Â million millennials didn’t go to the polls to cast a vote for Hillary. Although Hillary won the popular vote, she narrowly lost key Electoral College votes in states like Michigan, North Carolina, and Pennsylvania.

9. No plausible response to WikiLeaks:

The slow drip of WikiLeaks email discovery annoyed many voters, even Republicans. However, Hillary and her campaign team failed to have any answers to combat the onslaught of emails and related issues stemming from the questionable communications, which left it up to many voters to fill in the blanks.

10. Relied too much on “Never Trumpâ€ movement:

While the Never Trump movement was evident on blogs, Twitter, and media soundbites, it never gained enough traction to make a difference at the polls. Moreover, Hillary did not stay on message as she should have to overcome her negatives that stemmed from WikiLeaks regarding her emails and Clinton Foundation pay-to-play scheme. Ultimately, Trump’s negatives were not enough to drive Hillary’s constituents to the polls in the states that were trending blue.

So, we have President-elect Trump to lead the nation for the next four years, much to the dismay of Democratic supporters of all ages, creeds, and ethnicities who have taken to the streets in emotionally charged marches and demonstration against Trump. Despite Hillary echoing first lady Michelle Obama’s statement from the 2008 campaign, “When they go low, we go high,â€ some of these protests have involved vandalism and violence.

Hopefully, Democrats will soon recover from this shocking loss and let reality set in that Donald J. Trump is our 45th president-elect. 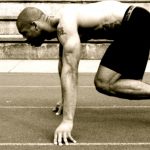