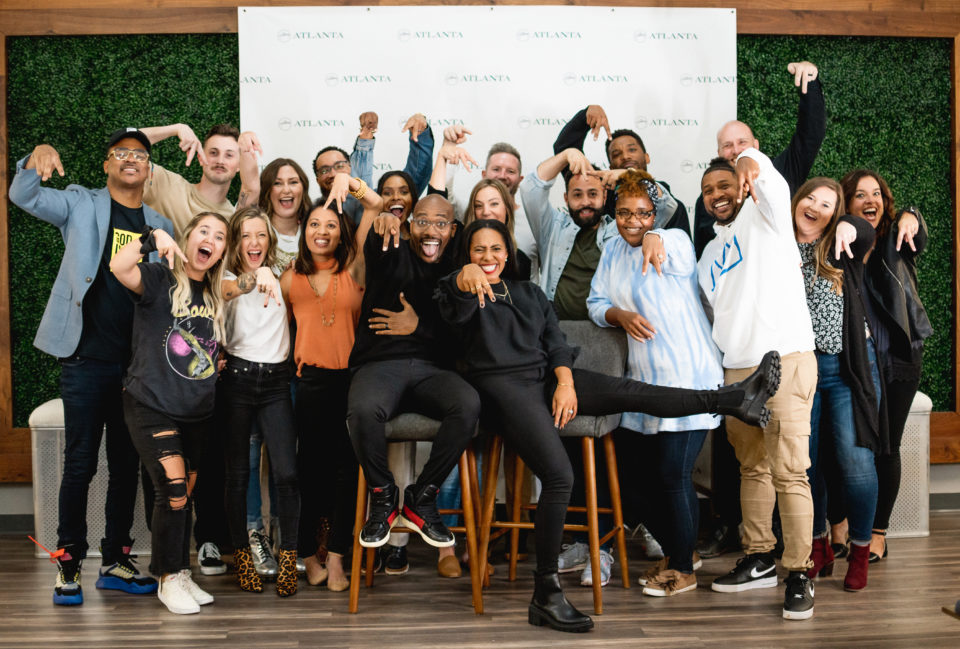 Hillsong Atlanta’s  Pastor Sam Collier is carving a new path through his church that infuses hip-hop gospel in an effort to reach broader and diverse audiences. This past week they kicked off worship services with the hope that peace, unity, and reconciliation would transcend through the Gospel.

This ain’t your grandmomma’s brand of praise and worship.

Collier is Hillsong’s first African American senior pastor. He and his wife Toni are trailblazing a new trail with a complete paradigm shift from the way “church” has been done in the past.

Hillsong Atlanta has seen its congregation grow during worship events the past several months. From 2,200 in-person attendance to more than 30,000 people online, culminating with a major inauguration on last weekend at the Atlanta Events Center.

“We believe that Contemporary Christian Music and Gospel, Pop and Hip Hop can effectively co-exist on a Sunday Morning, just like brothers and sisters who don’t look alike can effectively worship together. Jesus can unite us even in different expressions of the same message. Therefore, I’m excited to see what a Church like ours could become in a city like Atlanta!”

According to Collier, there were three services held on kickoff day. The services were electric to say the least, with GRAMMY-Award artist, Jonathan McReynolds, leading worship followed up by special messages from Senior Global Pastors, Brian and Bobbie Houston flying in from Australia (base).

Artists like gospel rapper Da’ T.R.U.T.H., Lecrae, Mack Brock, Natalie Grant, Andy Mineo, Todd Galberth, Chante Cann and more have been part of the widely popular pre-launch worship nights, setting the tone for the diverse world-class worship music that seems to be Hillsong Atlanta hallmark. Moreover, diversity and multiculturalism is at the heart core of Hillsong Atlanta in every aspect.

Pastor Sam also shared a powerful message on racial reconciliation and revolution of values in Atlanta started by Dr. Martin Luther King, Jr., over 50 years ago. Dr. Bernice A. King  and several family members attended services and was honored publicly.

This historical collaboration with Hillsong has given Pastor Sam a platform to build the local vision and expand it throughout the south and across the nation.

“Church should be a place where black and white, Asian and Hispanics, republican or democrat can come together under the auspices of Christ Jesus and sit down at the table and finally learn how to love each other.” No absent of real issues but talking about those issues with love at the center.

Collier after serving in two major ministries in Atlanta—was exposed to both spectrums of the church experiences in terms of race and culture. He and his wife desperately wanted to find a balance and have a combined representation that represented the true family of God. Essentially, they said the Lord told them that they would have to build it! After sharing his comprehensive vision, Hillsong graciously invited not only a partnership with Collier, but they were open to the idea of a different kind of church addressing the relevant needs of the community.

After a year of virtual services for most churches, Collier’s embrace of a simultaneous fully digital and fully physical approach, with major outside partnerships, is a first. Pastor Sam Collier has partnered with Facebook and Lightworkers to augment and transcend the traditional church model. Facebook Executive, Nona Jones, Head of North American Community Partnerships and Faith Global was also in attendance.

Facebook and Collier are co-discovering how to launch a robust online church, which will pave the way for churches in the future to reach a broader audience while still meeting the in-person attendees’ needs. Lightworkers is also set to stream the services, further underscoring Hillsong Atlanta’s digital commitment. Currently, Lightworkers reaches over 20 million people monthly.

“It’s unbelievable to think that an organization as large as Facebook has agreed to help shape what the future of the digital Church could be.  Facebook has lent its development team to Hillsong Atlanta and together we are working on tools that will one day be able to help all churches.”