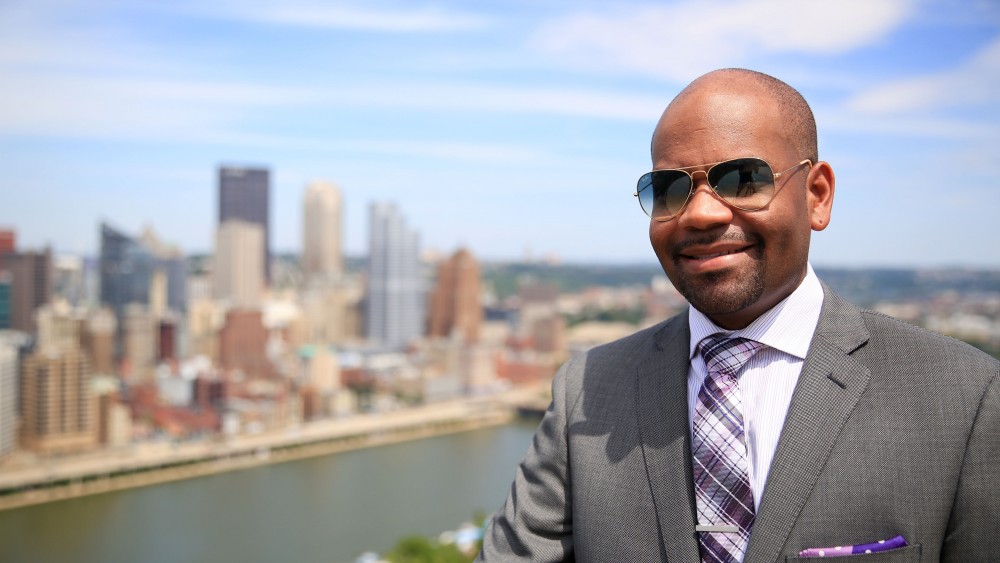 Rob Wilson is not your father’s financial planner! Deemed ‘Hip-Hop’s Financial Advisor,’ Wilson, a.k.a. Bobby Dinero, boasts a roster of high-profile athletes and celebrities including musicians Ryan Leslie and Tyga, and a host of other big-named individuals. The Pittsburgh-based independent financial and investment guru has made a name for himself having appeared on popular news outlets CNN, CBS, NBC, FoxBusiness.com and Black Enterprise, and dishes advice on Twitter, Facebook and the ever popular RobWilson.tv.

Never one to advocate the braggadocios behaviors linked to the current hip-hop and sports generation, Wilson gives it to us straight about the influence of our financial state of mind. Instead of squandering your advance or signing bonus on a luxury vehicle or grossly overpriced piece of jewelry, the numbers whiz encourages clients to step back and invest in something that appreciates over time, like a home or quality education.

Having witnessed the game change over the years, Wilson chats with us about how a healthy and sincere financial relationship can ensure positive wealth management and a legacy of monetary freedom.

BE Modern Man: How did you become known as the “Hip- Hop Financial Advisor?”

Wilson: When I started as a financial career I knew that I wanted to work with pro athletes and entertainers but had no idea how to make it happen. I started to become connected in the industry and bring on clients. A few of my colleagues started to call me hip-hop’s advisor due to my cluster of young athletes and entertainers; I was advising them on finances and business ventures. It really came from my friends and colleagues based upon the type of clientele that I was working with during that time.

It is interesting because my undergraduate degree is in industrial engineering from the University of Pittsburgh and I went on to work for one of the largest financial firms in the world. While I was there I loved it and gained tons of experience but I decided to go back to business school and get my M.B.A. I thought the people at the firm weren’t necessarily focused on technology but had the acumen to bring in business, projects and so forth. I went back for my M.B.A. at Carniege Mellon University’s Tepper School of Business, and while I was there something changed. I wanted to do something entrepreneurial because, while I loved working at the firm, I did not like idea of having to wait for someone else to promote me or help me make more money. I wanted to be in control of my own destiny.

I needed to go out and recruit more clients, which I was totally okay with. I crossed over to the financial industry when I did an internship in investment banking, and then for a financial advisory that happened to work with athletes during business school. I decided that was the route I wanted to take.

What is your take on how Black America handles money?

Wow! Well I think folks, in general, don’t handle money well and part of that is to blame on the system. There aren’t a lot of classes that people take in school that teaches you about personal finances and building wealth. So if you did not grow up with parents, who had particular feelings or an acumen for money, then it is very difficult for you to learn those skills. Now, thanks to the Internet, this information is available to some degree; it’s  a gift and a curse, meaning it can be overwhelming and people are not sure who to trust. So, consequentially, when people become overwhelmed they don’t do much. In the black community the stats are very troubling and proves that black wealth barely exists: the average median white household is now 13 times greater than that of black households, which is absolutely disturbing. We are not talking about wealth so you can go out and buy a Range Rover, we are discussing wealth that can break the cycle, take care of your family, send your children to better schools, build businesses and have a sense of independence.

What are the common mistakes people make concerning financial decisions?

The #1 mistake people make is not taking the time to plan! No matter the financial situation you are in, people tend to not think about it at all, which is the complete opposite of what you should do. Now while it may be a painful and frustrating at times, you must pay attention. It all comes down to math and that causes frustration about, ‘How [am] I going to handle my financial situation.’ If you’re starting from 0 and you wish to have one million dollars in five years, you figure out what I need to do on a daily, weekly and monthly basis to achieve that goal. It’s not as hard as people make it out to be. I know there is work to be done, but you have to spend time doing the work, creating a plan and implementing those steps to arrive at that place.

How has social media aided in distributing out finance tips, especially in this age of  millennials?

Social media has been invaluable to me. Listen, if you [would] have told me, let’s say 15 years ago, that you would be able to communicate directly with people who are interested in what you have to do and say, and be able to do it for free, folks would have thought you were crazy and took you to a psychiatric ward. Here we are in 2016 and literally, right now, I could pull out my phone, talk for five minutes and spend 20 minutes uploading a video to YouTube, and anyone on the planet could gain access to that content. It has really democratized the process of getting your message across while building a business. I think these tools make it easier to reach directly, [those] people who are interested in what you have to say. Social media, whether Facebook, Twitter, LinkedIn, Snapchat or even email, is an absolute blessing to have for FREE, and I am not sure if people are advantage of them.

What five things should we do to properly manage money and build wealth?

Hmm. That’s a really good question. I am a realist with an engineering background so you cannot really fluff things; either it is or it isn’t. So with that being said, here are some tips I think we need to hear:

The BlackEnterprise.com team salutes Rob Wilson for his leadership and commitment to providing financial literacy services and programs to build and sustain black wealth and create a promising legacy for the next generation!