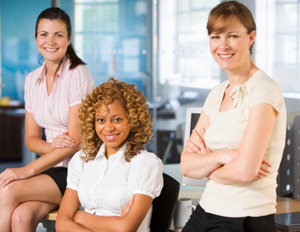 Prior to launching my own startup, I spent a few years in the VC world. During that time, I regularly coached startup founders on how to best approach everything from cash flow issues to PR to acquisition strategies. When all was said and done, however, what I always found most fascinating were the elements of company growth, particularly in terms of human capital.

While technology may allow us to scale businesses exponentially (once we have identified the appropriate formula), hiring the right talent is still the most fundamental aspect of building a thriving business. The HR function of being a startup founder is perhaps the role we are least equipped to play. But it is, in my opinion, the most important.

Here are five tips for attracting and retaining talent that will support your vision, complement your strengths, and ultimately make your life easier — not harder:

1. Do some recon. If this were a potential date, you’d stalk that person (oh please, you know you would). Most talented people, unless they are fresh off the school boat, have a legacy. Chances are you can get to solid references via LinkedIn or your personal networks. Put on your CIA-slash-journalist hat and contact people your candidate has either worked with in the past or currently works with. Ask open-ended questions that allow references to draw their own conclusions without being forced into a yes or no answer.

2. Put them to work. Want to understand how someone will operate within the framework of your company? Give them a small project and see if they can hit a deadline. If it’s a developer related role, invite them to participate in an impromptu company hackathon. You get a pretty good idea of someone’s true colors after they are pulled out of their comfort zone. If excuses continually come up then they most likely aren’t the right fit. It’s not you. It’s them. Keep in mind, simply interviewing someone isn’t enough, and your gut can be wrong more often than you realize.

3. Are they a culture fit? Startups don’t often have a defined culture. But it’s there. During the nascent stages of building a company, it’s extremely important that new hires understand the pace, values, and vision of the company — even if unspoken. Lou Gerstner is famous for giving powerful insights on hiring. In one of my favorite talks, I watched him draw a 2Ã—2 matrix, where Talent/Ability made up one axis, and Culture/Fit made up the other axis. In a startup, anyone who isn’t outstanding in both can quite literally derail your efforts. No matter what, resist the urge to hire the genius who is also a “cultural disaster.â€ It will rip your company apart.

4. Assess characteristics and traits. You want personal characteristics that mimic business traits. If you’re hiring someone as your startup CFO to run a shoestring budget, it would be nice if they didn’t enjoy lighting their own money on fire. Again, these are all subjective —Â $72 biscuits are made for a reason after all. Make it easy on yourself. Find someone that lives/breathes/eats the traits that you want your business to exude. Three things I look for:

5. Love ‘em or leave ‘em. In the end, humans make the world go ’round, and no matter how disruptive or groundbreaking your tech, people still run the show. Building a great team is imperative to early company success. If someone isn’t a fit, it’s time to say goodbye. Nicely, but quickly.

Sharam Fouladgar-Mercer is the co-founder & CEO ofÂ AirPR, a technology platform to increase PR performance. He was an Entrepreneur in Residence at Shasta Ventures and a Senior Associate at Sierra Ventures. He served as a Board Observer at Makara (sold to RedHat), and began his career as a technologist at Appian. Sharam graduated with honors with a BSE in Computer Science from Princeton and an MBA from Harvard.