Hiring an Ex-Con Could be Right for Your Business 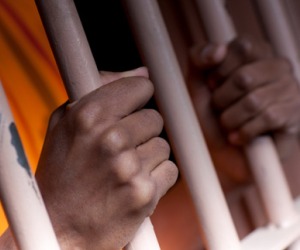 Hiring an ex-con is not something we usually consider when hiring workers for our small business. Job application forms routinely have a box to check if a person has committed a felony, and this often immediately leads to being rejected for a job. But hiring ex-offenders may be a smart business move.

According to numbers from the United States Department of Justice, more than 650,000 persons are released into society every year.Â Programs such as Safer Foundation, a Chicago-based nonprofit aims to assist individuals with criminal records find meaningful employment.Â Jerry Butler, vice president of community corrections says he hates the term ex-con.

“It has a negative connotation and goes against what we try to do. We like to use more positive statements and refer to them as people with a criminal record, or people trying to re-enter society,â€ he said.

While there are cases where hiring someone with a criminal background would be a terrible idea such as hiring a sex-offender to work in a daycare center, a criminal record does not automatically indicate that they’re going to be a dishonest employee.

Another reason to hire ex-offenders is the federal tax breaks. Employers can qualify for a tax credit of up to 40 percent of income taxes on the first $6,000 of wages paid out to each former prisoner hired.Â  The Work Opportunity Tax Credit program, which includes the ex-con incentives, has been around since 1996, and its usage has more than tripled in the past decade, to cover 940,000 employees in 2010.

“You would be ridiculous not to [use] the program,â€ says Sherri Modrak.

Modrak manages nine Chicago-area McDonald’s franchises, they employ about 15 tax-qualified employees a year in each of their restaurants and save, on average, $70,000 a year on payroll taxes.

Debbie Jakacki, owner of Jakacki Bag & Barrel in Chicago, has hired over 100 former prisoners through the Safer Foundation to do mostly physical tasks like cleaning barrels and driving trucks. She admits “there’s a lot of hand-holding at firstâ€ but once trained, she says the ex-offenders are just as hard working and motivated as anyone else on staff. Jackacki says it’s worked out well as some ex-cons have been employed by her company for 10 years now, and others have continued their education and gone onto other careers.

“We always felt that giving people a second chance was importantâ€ she says.