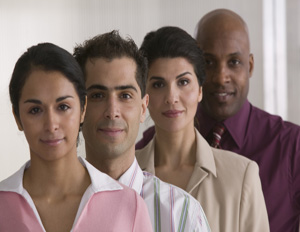 Today marks the start of Hispanic Heritage Month (September 15 – October 15), a 30-day celebration of cultures, histories, and contributions of American citizens whose ancestors came from Mexico, Spain, the Caribbean and Central and South America. This day has additional significance because it’s the anniversary of independence for Costa Rica, El Salvador, Guatemala, Honduras and Nicaragua. The observance, which expanded from a week into an entire month, started in 1968 under President Lyndon Johnson and was lengthened by President Ronald Reagan in 1988. That same year it became law on the approval of Public Law 100-402.

You might be asking yourselves, why is this important to Black Enterprise?

For one, Hispanics–also referred to as Latinos–consist of many different races. There’s not simply one identity for people of Hispanic origin, instead they encompass multiple identities stemming from the transatlantic slave trade and other forced (and unforced) movement.

Over the years, the company has featured Latino business leaders within the pages of the magazine, most recently placing Emilio Egea, Prudential Financial’s vice president of human resources and chief diversity, on the cover alongside other top diversity executives. They’ve also appeared on lists, such as Black Enterprise’s 75 Most Powerful Women in Business.

Check back regularly over the course of the next few weeks to see the latest video interviews and feature articles.