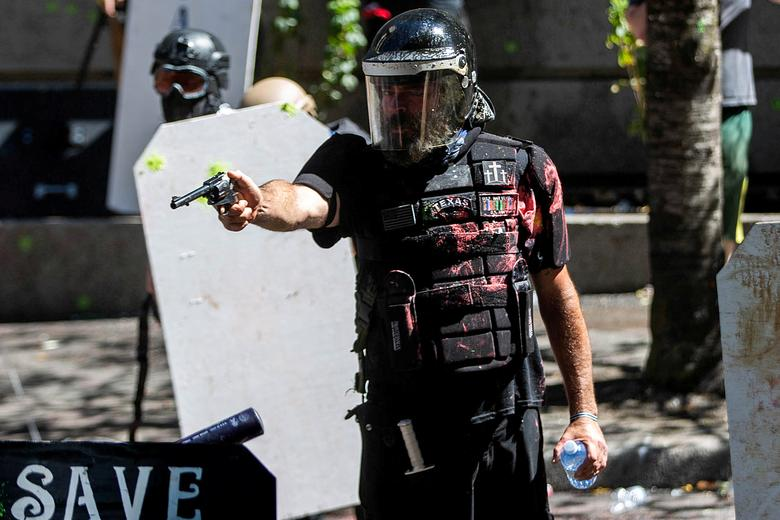 One of Washington D.C.’s most historic Black churches has filed a lawsuit against members of the white supremacist group the Proud Boys. The suit comes after the group took responsibility for burning the church’s Black Lives Matter sign.

The lawsuit was filed this week in D.C. Superior court by Kristen Clarke, head of the Lawyers’ Committee for Civil Rights Under Law. The lawsuit accuses the Proud Boys of attacking Metropolitan A.M.E. Church and “engaging in acts of terror and vandalizing church property in an effort to intimidate the Church and silence its support for racial justice.”

The sign was one of several reported attacks against churches supporting the Black Lives Matter movement during the December 12 protests by Trump supporters in D.C. Video evidence taken outside Metropolitan A.M.E. shows men dressed in black and gold jumping the church’s fence, tearing down a Black Lives Matter sign and destroying it as a crowd cheered.

The claims are being brought under the D.C. crime statute that forbids trespassing and conversion as well as a federal statute that prohibits intentionally damaging or destroying property of a place of religious worship.

Clarke said she hopes the lawsuit will send a message to future instigators. “The Proud Boys and other violent extremists must understand that they cannot unleash violence with impunity,” Clarke said. “We are prepared to use the courts to hold them accountable and stand up for the institutions and people targeted by their racist actions.”

In a news release, the Rev. William H. Lamar IV, pastor of Metropolitan A.M.E. Church, addressed the role of the Black church in standing up to and rejecting white supremacist ideology and theology. “We, the descendants of these extraordinary women and men of God, will not allow white supremacist violence to go unchecked by the laws of the land,” he stated. “On Jan. 4, 2021, I declare that we will be victorious against these white supremacists because God is with us, Jesus Christ is on our side, and our ancestors surround us. We are on the side of justice and justice will prevail.”