History Made When All-Black Line Starts an NHL Game 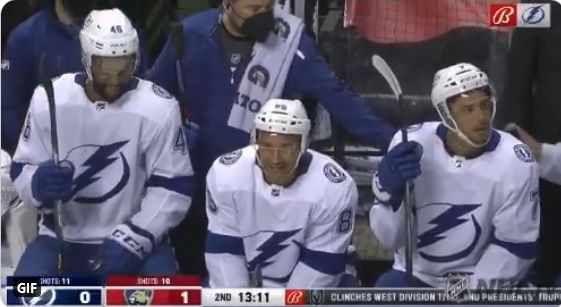 There is, surprisingly, history still being made in sports that most wouldn’t have even considered. This is especially true in hockey, where more needs to be accomplished when it comes to feats involving Black players.

Earlier this week, according to People, a National Hockey League team placed an all-Black starting line in a game for the first time in the history of the professional sports league. The NHL was founded in 1917.

For a league whose roster of players is approximately 3% Black, it was definitely an accomplishment.

“First of all, they’re all in the NHL for a reason,” Tampa Bay coach Jon Cooper told ESPN. “They deserve to be here and have worked their tails off. To have them all together, they had a little chemistry. Moving forward in the league, you hope it isn’t a story any more and will be the norm. It was a pretty cool moment for all those guys.”

Walcott said he hopes that young Black kids seeing this would have an interest in playing hockey now. He added that Cooper told him he would be starting the game but made no mention other Black players starting on the line as well.

“A whirlwind of emotion, a long time coming,” Walcott said. “To get into that starting lineup was great. … Coop did something really special here to promote this for young kids.”

“It was great, man,” Joseph said. “A step in the right direction. It was fun to have some progress and it was great to see and I was glad I was part of it. … Any players of color in this league want to showcase to our families or other people of color. I thank the coaching staff for doing this.”