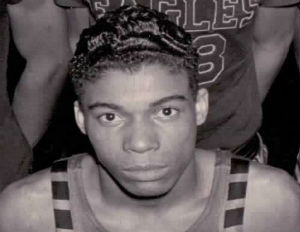 Unlike many other sports leagues, it only took four years after forming before the National Basketball Association (NBA) began to sign African Americans to the league. The NBA formed in 1946. In 1950, five African Americans were signed to four different NBA teams. Â Here is the starting lineup that began the game for the basketball stars of today:

On April 26, 1950, Harold Hunter was the first Â African-American player to sign an NBA contract. He was drafted in the tenth round by the Washington Capitols. But according to the NBA, Hunter’s skill level was not enough to maintain a roster spot so he was cut after training camp.

[Related: This Day In History: ‘Home Run King’ Is Born]

Continue reading on the next page.