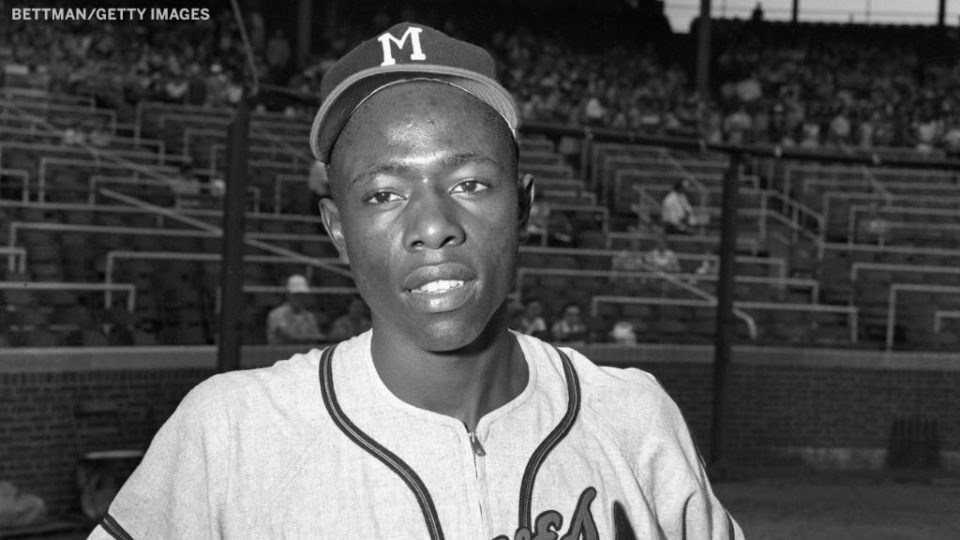 The former Major League Baseball (MLB) career leader in home runs ‘Hammerin’ Hank Aaron has passed away at the age of 86 on Jan. 22.

His death also leaves a void in the Black business community. Aaron rose to become to a BE 100s CEO who controlled a business empire that included import car dealerships and food franchises.

Aaron’s passing was confirmed by Atlanta Braves Chairman Terry McGuirk. No other details were provided. The former outfielder was born and raised in Mobile, Alabama, during a time of widespread segregation. The 25 time all-star (yes you read that right) won three gold gloves awards and two National League batting titles.

“A child of the Jim Crow South, Hank quit high school to join the Negro League, playing shortstop for $200 a month before earning a spot in Major League Baseball,” Obama wrote in a statement. “Humble and hardworking, Hank was often overlooked until he started chasing Babe Ruth’s home run record, at which point he began receiving death threats and racist letters—letters he would reread decades later to remind himself “not to be surprised or hurt.”

Hammerin Hank played all but two seasons of his 22 year career with the Milwaukee/Atlanta Braves. His last two years in the MLB, Aaron played for the Milwaukee Brewers. The former home run king was also one of the last players to play for the MLB and the Negro Leagues.

Hank hit at least 20 home runs in all but three years of his career, finishing with a major league record 755 career home runs. The record stood for four decades before Barry Bonds broke the record in 2014. The previous record holder before Aaron, Babe Ruth, also held the record for 40 years before Aaron broke it in 1974.

Aaron was seen by many in the sport as one of the greatest all around player in its history. Hammerin’ Hank still owns the all-time career Runs Batted In (RBI) record with 2,297. Los Angeles Angeles outfielder Albert Pujols is the closest active player to the record with 2100 RBIs.

Aaron won the National League’s Most Valuable Player award in 1957, hitting .322 with 44 home runs and 132 RBIs. The former negro leaguer beat out Hall of Famers Willie Mays, Ernie banks and Frank Robinson. He also won his only World Series title that year when the Braves defeated the Yankees in seven games.

Despite the gaudy stats he collected, Aaron was a quiet man who did not want the spotlight and attention Yankees outfielder Mickey Mantle and San Francisco Giants outfielder Willie Mays received.

Aaron was inducted into the MLB Hall of Fame in 1982, receiving 97.8% of the vote from baseball writers. At the time Aaron’s induction percentage was the second highest in baseball history to Ty Cobb.

During his pursuit of Babe Ruth’s home run record, Aaron faced jeers from the crowds, hate mail and even death threats as White Americans were outraged that a Black man was breaking Ruth’s record. Aaron refused to let the negativity bother him on the way to the home run record, but felt that Braves fans were either indifferent or hostile to him as he closed in on Ruth’s record.

As the 20th anniversary of his home run record approached in 1994, Aaron told the New York Times “April 8, 1974, really led up to turning me off on baseball.”

“It really made me see for the first time a clear picture of what this country is about,” Aaron said. “My kids had to live like they were in prison because of kidnap threats, and I had to live like a pig in a slaughter camp. I had to duck. I had to go out the back door of the ballparks. I had to have a police escort with me all the time. I was getting threatening letters every single day. All of these things have put a bad taste in my mouth, and it won’t go away. They carved a piece of my heart away.”

In his post playing career, Aaron was a successful businessman, becoming BMW’s first Black auto dealer and building an empire so successful that it had the distinction of being the 2004 Auto Dealer of the Year. in 2017, he was also recipient of BE‘s A.G Gaston Lifetime Achievement Award, the multimedia company’s highest entrepreneurial honor. The former outfielder had nothing but kind words for Gaston, a Black businessman who amassed a $130 million fortune in Alabama and played a significant part in integrating the city of Birmingham.

“I got to know Mr. Gaston and sometimes he was like a father to me,” Aaron said. “I used to stay at his hotel and he was so much like my mother and father. Do what you’re told and share and that was Mr. Gaston’s philosophy all of his life and I learned that.”