How to Draw Investors to Your Business 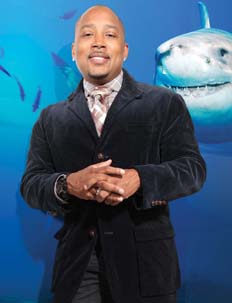 Overvaluation: Valuing your company for more than it’s worth is a no-no. “You can’t price your business on potential,â€ says Corcoran. “You might believe in it, but it’s having actual orders that makes the investors believe.â€

No Sales: Investors like to see traction, momentum, and actual sales. “No sales equals no value to an investor,â€ says Corcoran. But sales are just the beginning. “The No. 1 thing that shows that you’re viable is sales,â€ says John, “but you can have millions of dollars in sales revenues. What are your expenses? What is your net? What are your profits?â€

No Way Out: Show investors the return on their money. What’s your exit strategy? It may be going public or selling the business to another company in seven years. “You have to ask yourself why it would be worth it to an investor to give you money at that price,â€ says Cuban, “and how is the investor going to get their money back.â€

Not all Shark Tank contestants who receive offers seal the deal after leaving the show. The hardest part is negotiating the final terms. Nelson closed the deal with Cuban and John within three months, pretty much in keeping with the offer made on the show.

“Moving fast in providing the information the investor requires in the due diligence period is key,â€ says Corcoran. “Smart entrepreneurs complete the documentation within a few weeks, but other, less savvy entrepreneurs take several months. The longer an investor waits for the needed information, the less likely the deal will close.â€

On the flip side, former contestants like Davis have secured funds after being denied by the Sharks. “I didn’t realize the power of television. While the show was airing my phone was ringing.â€ A private investor gave Davis $500,000 for a 30% stake; Davis is currently seeking capitalization of between $5 million and $10 million from VCs.

Revenues for CBS Foods also grew more than 300%, to between $200,000 and $300,000 in 2011; revenues for 2012 are projected to reach $6 million. When Davis appeared on Shark Tank he had zero retail, one small store, and several local restaurants buying the product. By the end of the year, the Original Shrimp Burger will be sold in more than 2,200 retail stores, including Price Chopper, Giant Eagle, and BJ’s Wholesale Club. Other CBS products include a lobster slider, lobster pot pie, and lobster macaroni and cheese.

Davis even reappeared on Shark Tank in season three in a follow-up episode about his success. The biggest lesson Davis has learned from swimming with the Sharks is to be prepared when any opportunity presents itself.