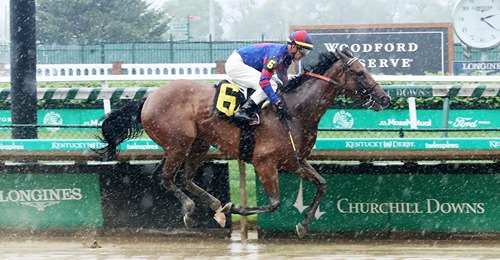 We can be assured that although a police shooting victim died at the hands of police officers, her name showed up as a winner at the Kentucky Derby.

According to WLKY, a horse who was named after police shooting victim Breonna Taylor, and owned by the attorney who represented Taylor’s family, won a Kentucky Derby Week race at Churchill Downs late last week.

In a six-furlong race, the three-year-old filly that was named after Taylor cruised to victory. The attorneys posted the victory on their Facebook page.

“Sam knew this Filly was strong and special just like the woman she was named in honor of “Breonna Taylor”.”

The attorney, Sam Aguiar posted on his Facebook page that “it was awesome” seeing “Breonna” win. His wife also posted and said, “Any time we win a horse race is exciting, but it takes it to a new level when you name your horse Breonna in honor of #BreonnaTaylor, the horse wins at Churchill Downs on Derby week and you hear so many people #Say her name.”

The tragic incident that took Taylor’s life occurred on March 13, 2020, after police officers entered Taylor’s apartment on a no-knock warrant while she and her boyfriend Kenneth Walker were in bed sleeping. Walker, a licensed gun owner, maintains that plainclothes officers entered into their home unannounced. and that he called the police and fired a warning shot in self-defense, thinking that they were intruders. As a result, one of the officers was shot in the leg. The cops then responded with a hail of bullets that killed Taylor, a 26-year-old Louisville emergency medical technician. That same night, Walker was taken into custody and charged with the attempted murder of a police officer. The charges against Walker were recently dismissed by a judge, as reported earlier this year.