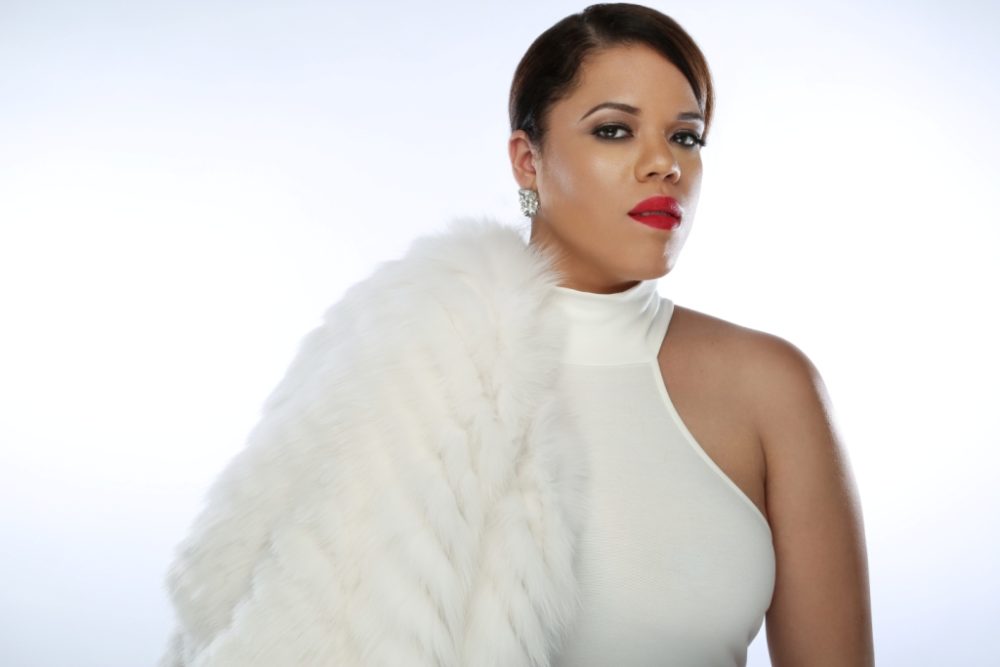 Hot 97’s T.T. Torrez has come from humble beginnings and has had to overcome struggles. For Torrez, it is very important for her to help encourage women to be empowered and she has done so by giving back through various programs throughout her storied radio career.

The multi-talented radio personality spoke to BLACK ENTERPRISE where she expressed her views on women’s empowerment, giving back, and how to have balance in your life.

What made you decide to pursue a career in radio?

I thought I was going to do television, but one day when I was in high school, a friend of mine who hosted the morning show invited me to come on their show just to shadow them for a day, and I fell in love with it. I decided to pursue radio. I went to Norfolk State University, my major was Broadcast Journalism. I started working on the morning show, freshman year, at WNSB 91.1 at Norfolk State University. This is my 20th year in radio. So I’m really excited about that. And here I am at HOT 97, [in] the No. 1 radio market in the country.

You’re in an industry where women aren’t as valued for their talent and business sense as they should be. What are your thoughts and what should be done in order to level the playing field for women?

I think the industry has embraced more women lately, which is a good thing. Could there be more women at the top tier leadership? Absolutely. You know, we as women have to fight for our positions and show that we can do the work and I think that in order for it to be at the same level of playing field, we should make sure women are in those key decision making positions and those top leadership positions, and I’ve always believed in that.

Giving back to the community seems like a theme that is heavy in your business dealings, how do you give back and what drives you to do so?

Growing up in the hood, not having much, I always told myself that I would reach back and I would inspire others. I launched a couple of campaigns when I was doing radio in Virginia—the I Will Wait Until I Graduate Campaign—encouraging young girls to pursue their education before parenting a child. I also launched Prom-a-Thon where I collected brand-new prom dresses for over a thousand girls. So I always had a passion, I think that passion just comes from my reality growing up; not having much and having to fight for everything that I have, or had to have.

Why is women empowerment so important to you and what advice would you give women who want to pursue a career in the entertainment field?

I think it’s important for young women, especially those who want to get in the business, to have a mentor, someone who can teach them the game. Someone they can go to for advice and knowledge, and someone that they can just call if they’re feeling frustrated or if they need advice. I think it’s very important for you to understand all facets of the business and not just get stuck on one thing, and just understand that there are different avenues to pursue your career as long as you take it seriously and really work hard. And I think that’s the most important thing, is just taking it seriously and understanding your path. Being patient in the process.

If there is anything that you would change or do over again, what would it be and why?

Actually no, I think everything that I went through in life was a lesson for me to learn, I had to go through it, and honestly, I wouldn’t change it. Every lash that I took was probably needed. Everything that I experienced was supposed to be so that I could be in the position that I am today.

Being known as talent and also a successful businesswoman, how do you separate the two in order to function in a way where it isn’t too much for you?

I think it’s all about balance. I look at people, like DJ Khaled, who’s also a talent and runs his own label, We The Best. You have to have multiple things going on for yourself. That’s just the world we live in right now. You have to take some time for yourself and have mental breaks, rejuvenate your body, get some sleep, drink a lot of water, and I think that’s important to be successful.