The GOP Killed A Bill Naming A Courthouse After A Black Judge, Joseph Hatchett 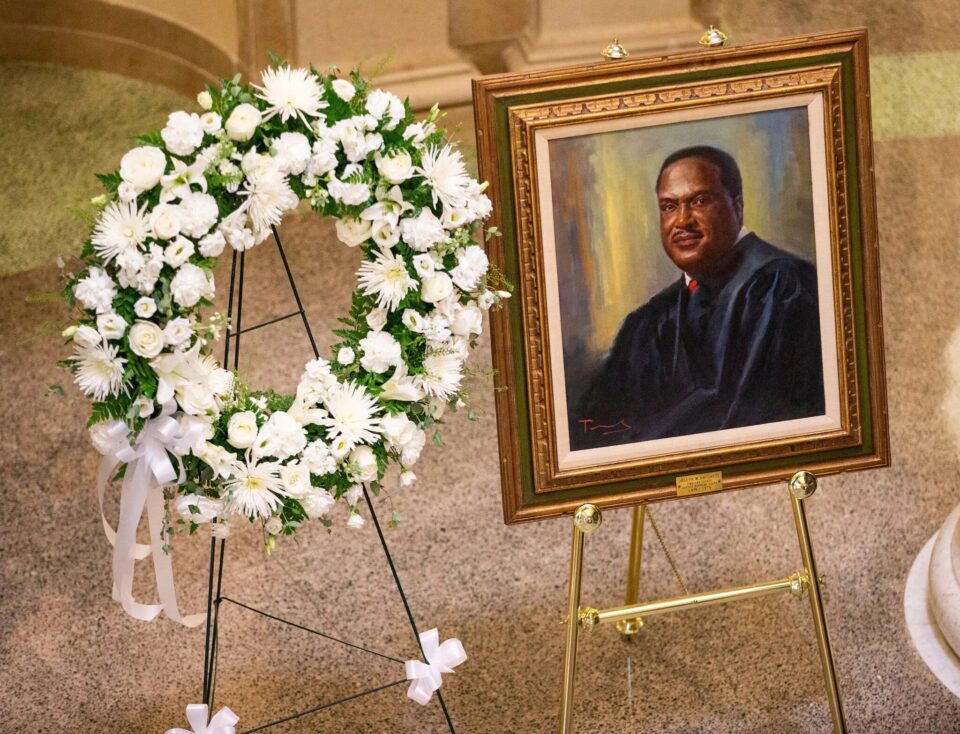 A right-wing congressman persuaded fellow Republicans to abruptly turn against a routine measure to name a federal courthouse in Florida after the late Justice Joseph W. Hatchett, the first Black man to serve on the Florida Supreme Court. (Image: Twitter)

A bill to name a federal courthouse in Florida after Justice Joseph W. Hatchett, the first Black man to serve on the state Supreme Court, was killed as Republicans pulled their support.

According to the New York Times, the bill was sponsored by the state’s two Republican senators and supported by its 27 House members. It was set to become law with broad bipartisan support,  however, at the last minute, Republicans pulled their support with no explanation, leaving many upset and others wondering what happened.

Rep. Vern Buchanan (R), who co-sponsored the bill, couldn’t explain why he voted against his bill, answering “I don’t know,” when he was pressed by reporters.

According to multiple reports, the effort to kill the bill was led by right-wing, first-term Rep. Andrew Clyde (R-GA), who mounted a last-minute effort by persuading his colleagues that Judge Hatchett was undeserving of the honor. Just before the House vote was taken, Clyde began circulating an Associated Press article from 1999 about an appeals court decision written by Hatchett striking down a public school policy allowing student-approved prayers at graduation ceremonies in Florida.

“I don’t agree with that. That’s it. I just let the Republicans know that information on the House floor. I have no idea if they knew that or not,” Clyde said.

Clyde has made other controversial statements during his short time in office, calling the Jan. 6 Capitol Riot a tourist visit and voting against a resolution to give Capitol police officers who responded that day a Congressional Gold Medal. Clyde also voted against the Emmett Till Antilynching Act and making Juneteenth a federal holiday.

Other Republicans quickly followed Clyde as the bill failed by a vote of 283 to 187, with 89 percent of Republicans opposing the bill.

Sen. Rick Scott (R-L), who co-sponsored the bill, praised the life of Hatchett after the bill passed the Senate last December.

“I want to thank my colleagues for unanimously passing my bill with Senator Rubio to honor the life and legacy of Judge Joseph Woodrow Hatchett by affixing his name to the federal courthouse in Tallahassee,” Scott said.

Hatchett, a Florida A&M and Harvard Law School alumnus, could not stay at the hotel where he took the bar exam in 1959 due to Jim Crow laws. During his legal career, Hatchett served as a competing attorney for the NAACP Legal Defense Fund and served in the U.S. Marine Corps as a lieutenant colonel and judge advocate.