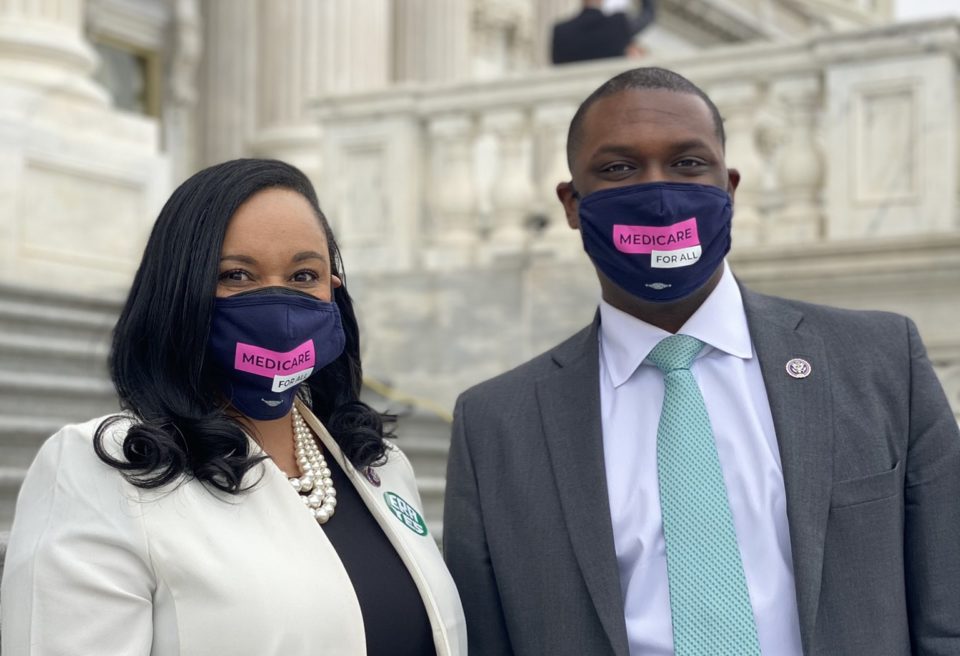 Mondaire Jones did not hold back on his criticism of Senate Republicans who opposed a vote against making Washington, D.C. a state—in his eyes, they are racist trash.

Democrats have passed a House bill to make Washington, D.C. the nation’s 51st state, but Republicans are not impressed, making excuses why the nation’s most popular capital should not be its own state, theGrio reported.

Jones, an openly gay progressive and a rising star among House Democrats, aired out the excuses he heard, calling them racist.

WATCH: Congressman @MondaireJones just spoke truth to power on the House floor about why some lawmakers oppose #DCStatehood.

Republicans forced him to withdraw his words, but the truth remains: Race is a critical factor in the long-term denial of rights for DC residents. Enough. pic.twitter.com/bTJX3VyBSp

“I have had enough of my colleagues’ racist insinuation that somehow the people of D.C. are incapable or even unworthy of our democracy,” Jones said. “One Senate Republican said that D.C. wouldn’t be a ‘well-rounded working-class state.’ I had no idea there were so many syllables in the word white.”

“One of my House Republican colleagues said that D.C. shouldn’t be a state because the District doesn’t have a landfill,” Jones said. “My goodness, with all the racist trash my colleagues have brought to this debate I can see why they’re worried about having a place to put it.”

For Democrats, making D.C. a state is about giving power to the 700,000 Washingtonians who live in the district the same respect as a state, including ending “taxation without representation” policies. In D.C., other than a non-voting member of Congress in longtime Del. Eleanor Holmes Norton, there is no representation in Congress especially when it comes to presidential elections.

The D.C. area is also referred to as “Chocolate City” because it is one of the few American “cities” that has a predominantly Black population. If the Senate passes the bill, there will be an additional House Representative and there will be 102 senators.

“The truth is there is no good faith argument for disenfranchising more than 700,000 people, most of whom are people of color. These desperate objections are about fear,” he said, “Fear that in D.C. their white supremacist politics will no longer play, fear that soon enough white supremacist politics won’t work anywhere in America. Fear that if they don’t rid our democracy, they will not win. Today Democrats are standing up for a multi-racial democracy to democratize all 51 states in this country.”

Republicans see the bill as a disadvantage to them. Washington, D.C. tends to vote for Democrats.