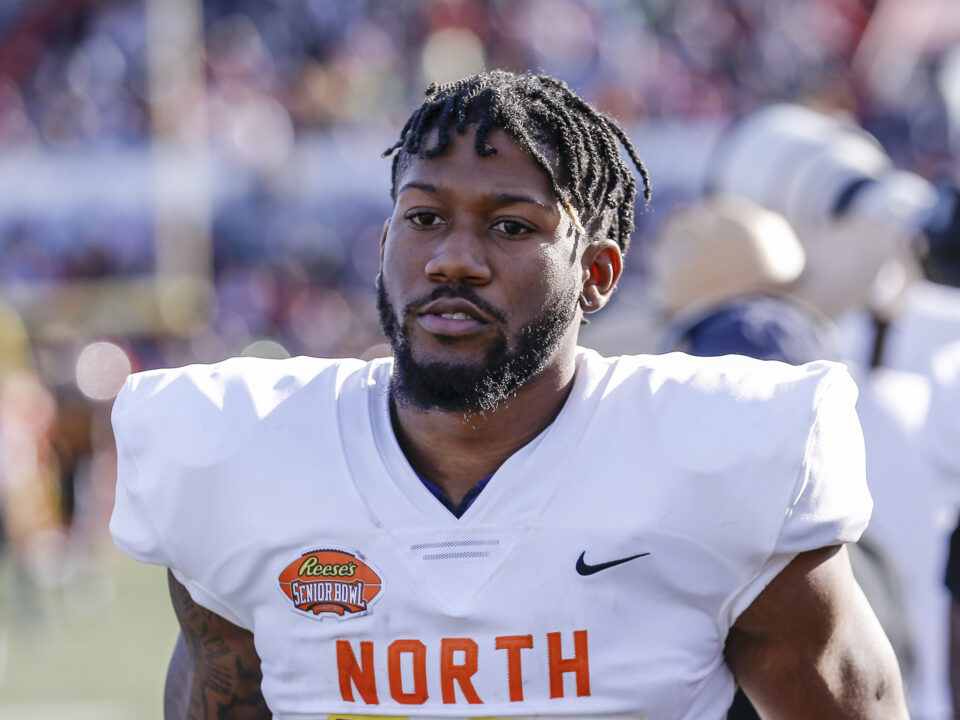 Houston Texans running back, Darius Anderson was arrested and charged last week with burglary with intent to commit assault and theft, according to Harris County (Texas) Court records.

The 24-year-old is scheduled to be arraigned today.

“My client is innocent of the charges,” said Anderson’s attorney Kelly Benavides per ABC 13. “He denies the allegations in the news at this point, and he looks forward to his day in court to be able to clear his name.”

Anderson was originally charged with burglary with intent to rape, but police officials confirmed to NFL.com on Tuesday that the original charge was put into the system incorrectly and has since been corrected.

In a written statement on Monday, the Houston Texans said, “We are aware of the report involving Darius Anderson. We are gathering information and have no further comment at this time.”

According to TMZ, police officials say Anderson’s ex-girlfriend informed them that he broke into her home in Harris County, Texas, on July 15 at around 7 a.m.

She said she tried to keep Anderson out of her place of residence, but he forced his way, coming into the house through the garage. While doing so, she fell on the stairs, hitting her shoulder and chest.

The documents filed by police officers state that the ex-girlfriend said she eventually ran upstairs and got a gun to prevent Anderson from “having access to it, but she never pointed the gun at him.” She he proceeded to run upstairs to the third floor and then locked herself in a bathroom. As she barricaded herself, Anderson allegedly screamed out “that he was ‘going to beat her up.'”

He left after hearing that she was on the phone with police.
The woman, who claims that the two of them had an on-and-off relationship for the past year before breaking up two months ago, claims Anderson “has hit her in the past.”
A native of Texas, Anderson played his college ball at TCU. He signed a reserve/futures contract with the Texans in January. He was added to the team’s practice squad in December 2021, ABC 13 reported.Anderson was previously signed to a reserve/futures contract with the Indianapolis Colts in January 2021 before being waived that August. He has not yet played a game in the NFL.