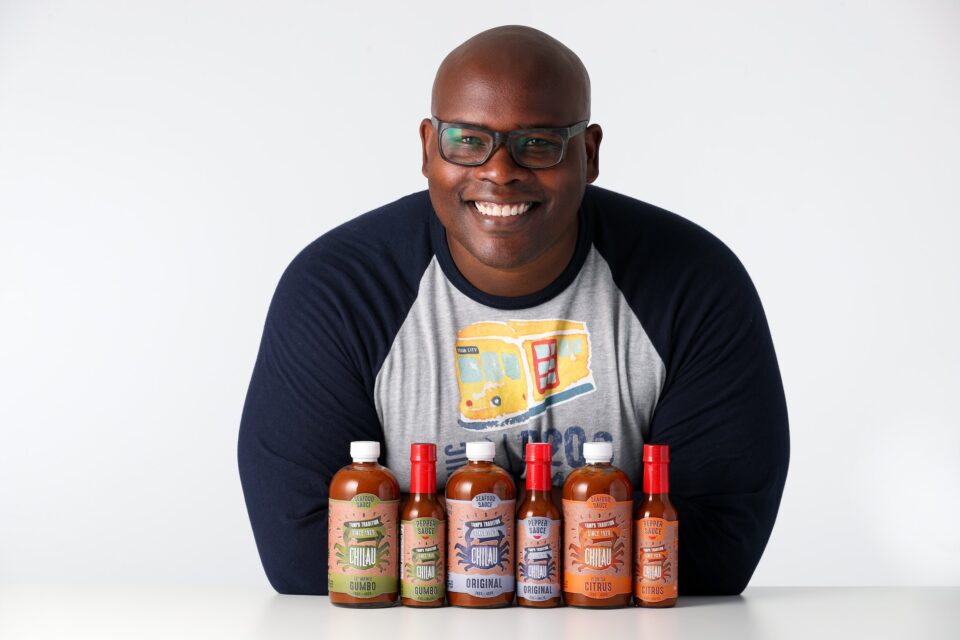 In the words of Truman Capote, “Failure is the condiment that gives success its flavor.” This sentiment is reflected in the steady ascension of Michael Anderson, founder of Spice Crafters L.L.C. | Chilau Foods.

Anderson was a top-five finalist in the Black Enterprise Elevator Pitch competition in 2011. Anderson presented his then-product Primo27 to the judges, Black Enterprise CEO Earl G. Graves Jr., television personality Star Jones, comedian J. Anthony Brown, and Magnus Greaves, co-founder of 100 Urban Entrepreneurs. The winner received $10,000 toward the launch of their business. Even though Anderson did not win the contest, his destiny was in the food business.

From Primo27, Anderson continued to toil and developed a spicy garlic seasoning that received rave reviews from friends and family. His latest creation compelled him to start a crowdfunding project via Kickstarter to launch his new brand two years later, in 2013. His Hot Clove Garlic Co. brand gained 357 backers netting $13,000 in less than 30 days to launch.

The Birth of Hot Clove Garlic

After the Kickstarter promotion, Hot Clove Garlic was accepted into the Specialty Food Association using the proceeds from Kickstarter. Anderson exhibited at the 2014 Winter Fancy Food Show in San Francisco to showcase his new line of spicy garlic rubs and seasonings. He landed a phone call with a buyer from TJX Cos. “From there, I sent out a few samples, and she liked them,” he explains.

Anderson’s success at the Fancy Food Show continued to propel his brand forward, garnering shelf space in 150 Win-Dixie stores throughout Central Florida in addition to T.J. Maxx and Marshalls.

The Power of the Pivot

Anderson was thrilled with his progression on his second brand but felt there was more he could do and another level he could reach. During his second stint exhibiting at the Fancy Food Show in the summer of 2015, he had an epiphany, “I need a sauce!” he thought, “the way I saw people respond to sauces at the show was just different and more engaging than dry seasonings. The [experience] planted the seed, but I had no idea at the time what would come of it.”

He took inspirational cues from a family vacation where Anderson honed in on the idea for his sauce and turned to Kickstarter once again to launch Chilau Sauce in August of 2016.

He raised $7,973 in 30 days. Incorporating crowdfunding sites like Kickstarter into his business model served as a vital tool for increasing the necessary capital and conducting consumer research.

Soon after the production of Chilau, Anderson set his sights on his dream grocery chain and went through the process of presenting samples to Publix around January of 2017. Eventually, he received his first purchase order of $60,000 from Publix and got his products in over 400 stores in the southeast. Anderson was ecstatic but quickly realized getting on the shelf and staying on the shelf is a different game requiring the type of financial backing he lacked. In the summer of 2018, he made a massive decision to pivot to 100% e-commerce to move his brand forward on his terms.

The proof is definitely in the sauce; from 2019 to 2021, Chilau Foods brought in $670K in online sales. In  2020, the beginning of the COVID-19 pandemic, he cleared $376K in sales. He feels that most of the sales were fueled by people who could not eat at restaurants or shop at grocery stores due to the pandemic. For 2022, he intends to approach retailers in locations with a significant customer base and partner with influencers on TikTok, YouTube, and Instagram.

Anderson’s mission and vision for Spice Crafters L.L.C. and Chilau Foods are to produce staple pantry products and become a nationally recognizable brand.