Wake-Up Call: How a Young Bachelor Rebounded after Getting Laid Off 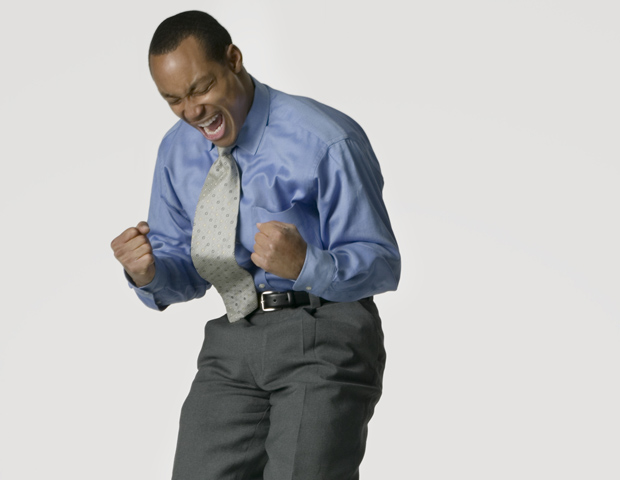 GETTING BACK IN THE GAME

There was one place that he’d always had a desire to be more involved in but didn’t have the time to fully devote to: church. Deciding to become more active, he began helping to develop his church’s community development corporation, lending his planning, creative, and technical skills to improve and spearhead much of the organization’s projects.Â  “I felt like God was telling me to put Him first.Â  When I had a job, I didn’t have time for the church. Now was the time to give back.â€Â  As a result of his work with the church, Marc was asked to do work for other individuals and organizations which helped to bring in some income.

With the faith and support from his church, family, and friends, along with a new stream of income coming in, Marc got motivated to get back out there. He began getting up early every day as if he were going to work. “Looking for a job was my job.â€ He began to expanding his net, humbling himself and considering positions that hadn’t previously been on his radar.

Eventually, his hard work and humility paid off. He applied and landed an interview for a position as a dispatcher for a leading medical alert company. After three interviews, Marc was no longer being considered for the dispatch position but was asked to lead the company’s new quality assurance department.

Today, Marc is the quality assurance manager for the company, providing service to elderly and home-bound clients.Â  Though he doesn’t make as much as he did with the telecommunications company, Marc has a job that he loves and is proud of the work he does to help those in need.

Don’t waste time: Marc spent his first year of unemployment traveling and visiting family and friends because he didn’t want to face the reality of being out of work.Â  He urges others who are unemployed not to put off getting back into the job market.Â  “The longer you’re out of work, the harder it is to find a job.â€Â  Marc doesn’t regret the time spent with his family, but says if he had to do it over again, he would have been looking for a job at the same time.

Develop a schedule or routine for your day as if you’re employed: The hardest part of going back to work, Marc says, was having to get back into a regular schedule.Â  After almost two years of staying up late and waking up even later, it was difficult for Marc to get back into the routine of working.Â  Since looking for a job really is a full-time commitment, job seekers are encouraged to keep the same schedule that they would if they were working.Â  Fortunately, Marc learned this lesson early on and was able to smoothly transition into his new career.

Education is vital: Marc didn’t realize how significant a college degree was until he found himself out of work and competing with others who had several. As a result, he has registered and is scheduled to return to school in January 2012. With a major in Accounting and a minor in Marketing, Marc is confident that he’ll be in a much better position should he ever find himself unemployed again. Also, he wants to pursue a career in accounting, a skill that lends itself to full-time and freelance opportunities.