How to Address Unconscious Bias in the Workplace 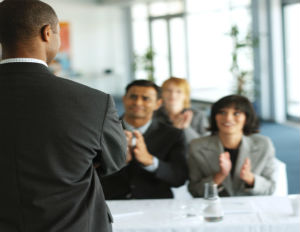 In the Professional Diversity Network’s most recent report, PDN President Star Jones talks about the need for diversity in the workforce and brings to the forefront the prevalence of unconscious bias that exist.

While biases are often hidden, their effect can be long-standing especially in professional environments. According to the report, unconscious bias can affect how welcoming or not a workplace is to different people and it can affect the overall performance of the company. For example, numerous studies show that women make better leaders than men, but due to the unconscious bias of many professionals, there are far few women in leadership roles than their male counterparts.

“There’s a disconnect between actual performance and the perception about the value that we as women bring to businesses and I really believe it’s unconscious bias at the core of it,” Jones tells BlackEnterprise.com, while also pointing out that many women have even fallen into the mindset that men make better leaders.

The report highlights a recent survey from PEW Research Center that examined America’s perceptions about women’s ability to lead companies. The results showed that more than one-third of the respondents, which also included women, believe that male executives are better than women at assuming risk. In addition, the report also revealed that women often “shrink” themselves in the workplace in an effort to come off less assertive and more agreeable.

While addressing bias in the workplace is not an easy task, PDN outlines the following tips to help companies build a better professional environment that’s inclusive and welcoming to everyone.

– Be explicit that you disapprove of workplace bias