How Crowdfunding Is Saving This Homeless Mother 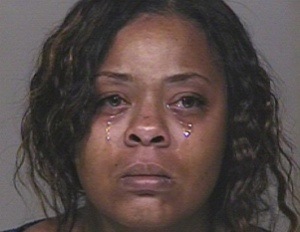 When you say crowdfunding, you usually think of something like Kickstarter or Indiegogo, where creators from around the world come to get projects funded by the community.

But sometimes the community comes together to save someone in dire need, as they did with homeless mother Shanesha Taylor.

The 35-year-old mother of two was arrested in Arizona for leaving both her two-year-old and six-month-old in a car with all four windows cracked open.

33 children died in 2012 from heat stroke in automobiles according to Kids in Cars.

She left them in the car to attend a job interview, although the children are now under the care of Child Protective Services. While Shanesha now has the money for bail thanks to the crowdfunding, authorities are holding her until the 31st of March.

The crowdfunding project was started on YouCaring.com, where people can donate to various personal projects, unlike Kickstarter, which is geared toward funding efforts more focused on creating a product.

Amanda Bishop, the organizer of the crowdfunding campaign, described herself as a 24-year-old “struggling like Shanesha” attempting to help Taylor and her family. As for the money, “All funds are deposited into an account of the family’s,” according to Bishop. “Part of it has been used for her bail but they have now decided to hold her until the 31st and we are working to find out why. All other money will be used to help Shanesha’s situation and legal pursuits.”

Crowdfunding has become an increasingly popular way of raising money for businesses, but good samaritan crowdfunding sites have also been successful in helping people overcome obstacles such as Shanesha’s.

Last month, Kickstarter announced it has raised over $1 billion in pledges to all of its projects.