How Do We Cut the School to Prison Pipeline? Rethink Discipline 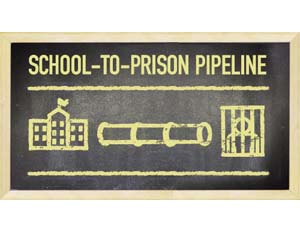 Last week more than 40 school districts around the nation including superintendents, principals, and teachers attendedÂ the U.S. Departments of Education and Justice conference on Rethinking Discipline. “Rethink Discipline” is an initiative to help parents, educators, administrators, and community members understand the impact and legal implications of suspension and expulsion, and how to create a more positive school environment.

[RELATED: An Education Opportunity for Those Paying Their Debt to Society]

“Creating and sustaining safe, supportive schools is absolutely essential to ensuring students can engage in the rich learning experiences they need for success in college, work and life–that’s why rethinking school discipline is critical to boosting student achievement and improving school outcomes. Today’s conference shows that there are leaders across the country who are committed to doing this work. We are proud to stand as partners with these educators to say that we have to continue to do better for all of our students,” saidÂ U.S. Secretary of EducationÂ Arne Duncan.

Data from the Civil Rights Data Collection shows,Â “The number of students losing critical learning time due to out of school suspensions and expulsions is staggering.” Over 3 million students are suspended or expelled every year,Â suspended students are less likely to graduate on time and are more likely to repeat a grade, drop out of school, and become involved in the juvenile justice system. “In Texas alone, a single suspension or expulsion for a discretionary offense that didÂ notÂ include a weapon almost tripled a student’s likelihood of becoming involved in the juvenile justice system the next school year, according to Ed.gov. Â Â

During the one-day conference, Ed.govÂ reportedÂ several school districts across the nation have already made progress in transforming policies and school climate to support student learning. Here’s a snapshot of their updated policies:

Additionally, several resources and tools such as “Addressing the Root Causes of Disciplinary Disparities: An Educator’s Action Planning Guide, and “Rethink School Discipline: Resource Guide for Superintendent ActionÂ have been developedÂ to assist school leaders in their efforts to reduce suspensions and expulsions and provide positive school environments.