How I Turned My Side Business Into My Full-Time Job 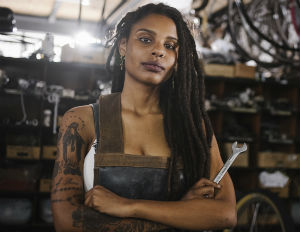 Before I became an “officialâ€ entrepreneur, I was just an entrepreneur at heart, working one of those 9-to-5 marketing jobs. However, I had dreams and aspirations of leaving the cubicle life for something of my own making. I had great business ideas, some of which I started to pursue on the side. One of these was my blog, but I was also dabbling in other interests, like online advertising and web hosting.

As these side businesses began to interest me more than my day job, which I started dreading going to, I knew it was time to start considering how I could make them my full-time focus. Here are the steps I took to make these visions a reality, and how you can do the same:

Re-Evaluate Your Finances and Spending Habits

Because I was rapidly climbing the career ladder in my job despite my lack of enthusiasm, my salary was at its highest point in my life. It was exciting to get that much money, and so my first thought was to spend it. I bought myself a great car that cost a lot.

In order to stay on my feet when I wasn’t sure whether or not there would be steady income coming in, I had to make the tough decision to sell my BMW and go with a secondhand car that would get me from Point A to Point B. In looking at my other finance and spending habits, I found other places to trim back areas in which I was spending more.

Murray Newlands is an entrepreneur, investor, business adviser and a contributor at Forbes.comÂ andÂ Entrepreneur.com. He is co-founder of Influence People.