How Kyla Bates Is Using $10,000 From AT&T's Black Future Makers Contest to Serve Her Community #BlackBusinessMonth 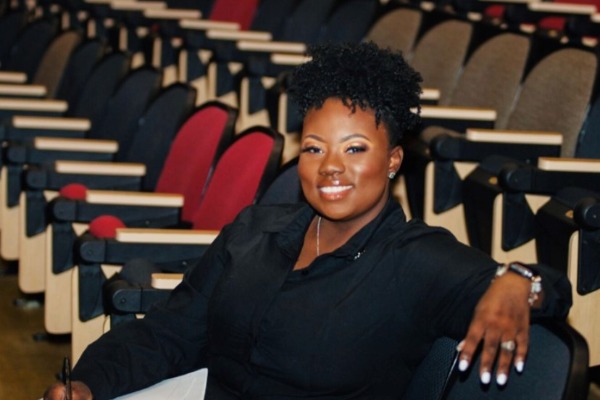 As part of AT&T’s Dream in Black initiative, the company awarded five Black entrepreneurs $10,000 each toward advancing their business goals.

Among the recipients included Kyla Bates, a Baton Rouge-based poet and motivational speaker who plans to use her funding to open a visual and performing arts conservatory that will serve the youth of her community in her hometown of Zachary, Louisiana.

“Every day, there are obstacles, stumbling blocks, trials, and tribulations that can cause someone’s dream to vanish,” Bates said in a March Facebook post. “It is imperative that one must confess their dreams and believe that they will manifest. Every day, I dream. Not just for me, but for the generations that will raise up behind me! I will never stop dreaming in Black!”

Bates is mapping out her vision for the future while also going to school full-time and working part-time. She shared how being one of the award recipients is a blessing toward her mission.

“Being selected as a Future Maker was astounding in itself, but receiving the $10,000 prize from AT&T was beyond a blessing,” Bates told BLACK ENTERPRISE. “I count this contest not only as a blessing but an investment that will help to put my vision into motion upon graduation.”

While finishing out her studies, Bates is speaking her future plans into existence through a platform made to honor her late mother’s legacy.

“I plan to be the founder and owner of a prestigious visual and performing arts conservatory which will give the youth of my community an outlet for self-expression as well as a safe place that propels them into a future that gives them their best chance,” she said.

“It also would not be a normal girl’s night with my mother if I did not put on a show,” Bates said of her early days as an artist. “Before she passed away, the arts were something that we shared together, and it is still something that helps me while enduring tough times. Not only will my conservatory be a place to relax, release, and create; it will honor my mother’s memory and legacy.”

So far, AT&T has selected five winners to receive the $10,000 reward, including Bates. They will continue to give out more $10,000 grants, one each month through the end of the year.

Those interested in applying can visit https://www.attdreaminblack.com/contest and post a video to social media explaining why they are a Black Future Maker.