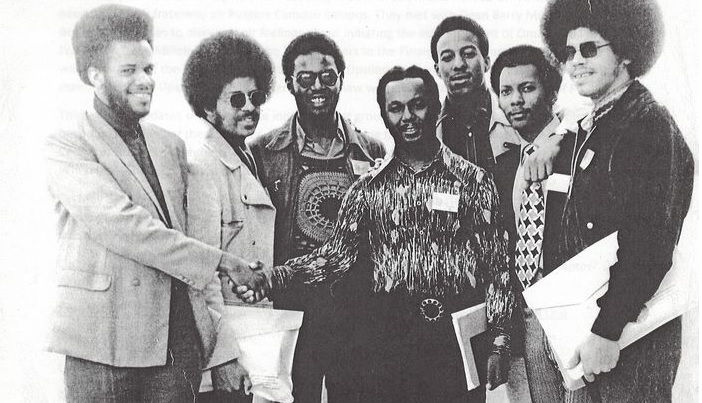 When the Tau Zeta Chapter of Omega Psi Phi Fraternity was founded at Rutgers University in 1971, it was a turning point for the University in more ways than one.

The 17 brothers who founded that chapter also brought to their campus what has become an important component of the college experience for many Black students. Tau Zeta made the Ques the first Black Greek-letter organization at Rutgers. But their presence didn’t just pave the way for the Divine Nine, they effectively made the school’s Camden campus a safer and more inviting space for Black students in general.

“Back in 1971, Rutgers was not on radar for a lot of Black students coming out of the Camden schools system,” founding member Larry Jones tells NJ.com.

“In 1970, Rutgers really reached out and a lot of us were enrolled as a result of them. They reached out to the community and said ‘We want to be a part of this community.’”

Jones and his brothers arrived on campus during what had been a tumultuous time for the city of Camden. Just weeks before the start of the ’71-’72 school year, both a police officer and a 15-year-old girl had died during protests that involved physical conflicts with the police and dozens of fires across the city. With a spotlight on the newly formed Omega chapter, it became much easier for Black kids in Camden to see themselves at the institution in their backyard.

“The work that they did allowed me to be a student here,” Nyeema Watson told NJ.com.

“It was their actions that made a space for me. I was born and raised here in Camden City.” said Watson, who currently serves as the vice chancellor for Diversity, Inclusion, and Civic Engagement at Rutgers University-Camden, graduated from the school in 2000.

While eight of the 13 fraternities and sororities currently active at Rutgers are Black Greek letter organizations, the Tau Zeta Omegas closed their chapter in 2018.

Still, the University sponsored a 50-year reunion celebration for Jones and eight of the surviving 12 members of his line over the summer, complete with a tour of the renovated campus and a private dinner.