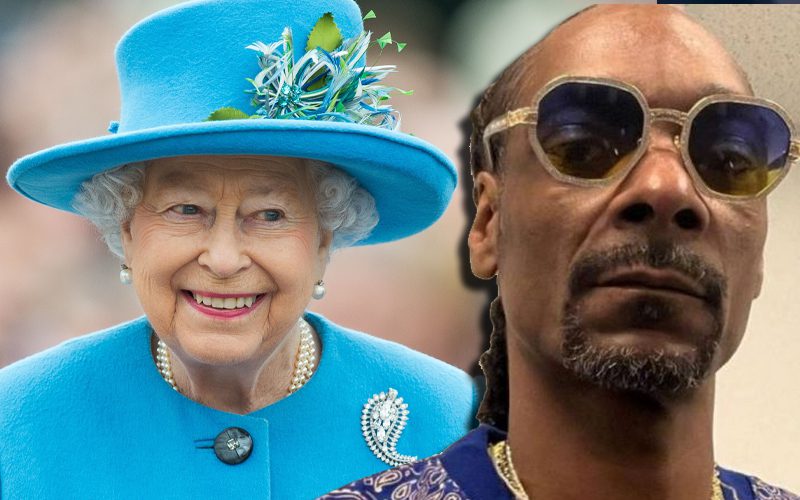 During a recent interview with DJ Whoo Kid, Snoop told him that during the ’90s, when he was battling a murder charge, the press corps in the United Kingdom didn’t want him in the country performing and tried to cancel him before it was a thing. Some people didn’t want to allow him in the country and wanted him exiled.

Snoop goes into details about that point in time, describing himself as being young, and reminiscing about how the media was trying to kick him out.

The rapper stated that this was taking place as he fought a murder case. He then says to Whoo Kid, “But guess who came to my defense? Just take a guess.”

After waiting to see if the DJ would figure out who helped Snoop, he revealed that Queen Elizabeth came to his defense and stopped the noise.

“The queen, n***a. The queen said, ‘This man has done nothing in our country. He can come. The queen, n***a, bow down. When the queen speak, bow down. That’s Harry and Williams’ grandmother, you dig? You think you think they weren’t there saying, ‘Grandma, please let him in, grandma. He’s OK. We love his music.’ ‘You know Harry, I’ll let him in for you. He’s not so bad after all and he’s quite cute.’… The queen, that’s my gal.”