How Race Plays Out in Our Financial Lives: Part 1 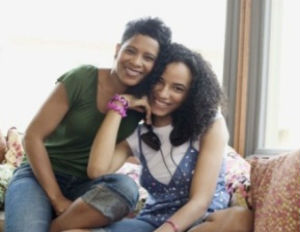 When my mother was growing up on a farm in North Carolina, she was one of nine children. It was understood that the boys would stay and work the farm because the girls needed to go to college. (Shout out to my grandmother for understanding the gender gap before it was a social phenomenon.)

[Related: Top ‘Surprises’ You Will Encounter Your First Year of Business]

While the socio-economic conditions of the time made such practices a necessity–pooling resources for one family member–there are two subtexts in this message that exact a huge economic toll:

In part 1 of this series we’re going to discuss how the ‘all for one’ equation really plays out.

Taking Care of Our Own

AÂ survey by Prudential finds that blacksÂ are “sandwiched,” providing greater financial support to younger and older generations than other parts of the population.

“That was necessary in those times, and may still be necessary to some degree, but we have to balance this against the need to take care of ourselves and take care of our retirement,â€ says BE’s Senior Vice President and Executive Editor-at-Large Alfred Edmond Jr.

Edmond, host of the Money Matters nationally syndicated radio feature for American Urban Radio Networks and co-author of the book Loving in the Grown Zone, adds, “In an age where opportunities are so much more prevalent than they were for our grandparents, is it really fair to put financial responsibility on one family member?Â  That puts them in the position of having to do what they’ve been conditioned to do–take on the financial well-being of others–but it often comes at their own detriment.â€

This brings to mind that famousÂ 2009 Sports Illustrated study that found 78% of NFL players face bankruptcy or serious financial stress within just two years of leaving the game and 60% of NBA players run into the same problems in five years.

What is often not discussed is that financial planners who analyzed the statistic found the main reason professional athletes go broke is because of family and friends.

It’s important to see how this cultural conditioning is playing out in your life. Always be sure to:

Researchers say the ‘sandwich’ affect for blacks–that squeeze that comes with taking care of younger and older generations–is contributing to what can be described as no less than an economic avalanche in their retirement years.

According to the Urban Institute, in 2013, the average white family had more than $130,000 in liquid retirement savings, compared to $19,000 for the average African American family.

“What we need to realize is that when we neglect our own retirement savings and are unable to sustain ourselves, we become burdens to our children and grandchildren. Our good intentions have a boomerang affect,â€ says Edmond.