How to Access Gifted Education Services for Your Child 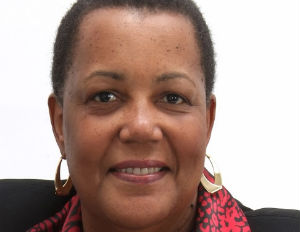 Thirteen-year-old Tomeara Gosier is gifted. Fortunately for her, she is in a public middle school’s gifted program doing accelerated academic work and making friends with other exceptional learners. Had it not been for her parents’ persistence, however, Tomeara could have ended up in a class for students with low ability.

[Related: How to Access Gifted Education Services for Your Child]

Convinced from the time Tomeara was a toddler that she was gifted, and urged by her daughter’s preschool teachers to request testing, Thomas and Joan Gosier asked about testing for giftedness when Tomeara started kindergarten. But the public school wasn’t receptive to the idea.

“They looked at me as if I had 10 horns on my head,â€ says Joan. “‘Why are you asking that?’ they said. ‘The teacher will contact you if they feel she’s gifted once school settles in.’â€ The Gosiers also got mixed messages, hearing on one hand that there was no gifted program at the school, and on the other that gifted students wouldn’t be identified until third grade.

In spite of the runaround the Gosiers encountered–including excuses like the person doing the testing had been moved to a new office, she couldn’t access the files, she couldn’t get to the boxes, she was on vacation–they persisted until their daughter was tested and admitted to their public school’s program for gifted children.

Joy Lawson Davis, Ph.D., associate professor and chair of Teacher Education at Virginia Union University, isn’t surprised to hear such stories. “Gifted children need support and access to be able to develop their gifts,â€ she says. “It’s important for them to be in programs for the gifted, if not schools.â€

Exactly what is giftedness? “It’s an individual’s demonstration of higher intellectual, artistic, or psycho-social (leadership) traits,â€ Davis says. “These children are exceptional in their language capacity, their number sense, their production of artwork, compared to their age peers. Their drawings tell stories–they are more detailed and have greater depth perception. We can see how their minds work by looking at their work.â€ She says that children who learn to read early, who love big words and use them correctly, are generally considered to show traits of giftedness.

Davis has dedicated her professional life to gifted education and to informing black parents about its benefits. In addition to earning two advanced degrees in the field, she has written the highly acclaimed book, Bright, Talented & Black (Great Potential Press; $24.95) to equip black families. According to the National Association for Gifted Children–on whose board Davis serves as chair of the diversity and equity committee–these children comprise roughly 10% of the U.S. student population. However, a 2014 report from the Department of Education’s Office of Civil Rights found that only 26% of black and Hispanic students participated in gifted programs, even though students of color make up 40% of students attending schools that offer such programs.