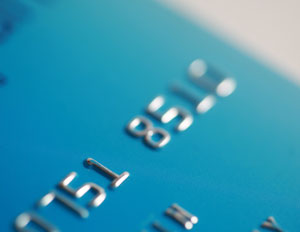 Buy now; pay later is the mantra that drives much of American holiday spending. Credit cards mixed with massive consumer spending are the cornerstone of the highly-profitable credit card industry. So it’s no surprise, therefore, that banks continue to inundate consumers with credit card offers, especially during the shopping frenzy of the holiday season.

[Related: 3 Questions to Keep Your Emotions and Spending in Check this Holiday Season]

From the many varieties of Visa and MasterCard to Discover and American Express, credit cards are a common fixture in the wallets of millions of Americans. According to Federal Reserve data, the average credit card debt per card-holding U.S. household is $16,140, with the average American consumer owing $918.5 billion in credit card debt in total. Credit card offers are mailbox staples and — no surprise — the volume of unsolicited offers tend to increase the day after Thanksgiving.

Here’s some important information that will help you separate the good values from the ripoffs.

The Introductory Rate
The introductory rate, or “teaser rate,” expires after a designated period of time. Federal law requires introductory rates to remain in effect at least six months after signup. This rate is below market and typically applies only to balance transfers and cash advances, although they can also apply to purchases. Introductory rates are usually extremely low, ranging from 0% to 4% for up to 12 months.Â But be sure to read the fine print for when the initial rate will expire and what the percentage rate will be once the period ends.

Annual Percentage Rate — Fixed vs. Variable
If you don’t pay your balance in full by the due date, you’ll be charged interest on the remaining balance. How much interest you pay is determined by the annual percentage rate (APR) on the card.

If you pay the full balance on your credit card every month, you won’t have to pay any interest on your $0 balance and can ignore APRs. All credit cards have either a fixed or variable APR, determined largely by the “prime rate,” which is the interest rate commercial banks charge their most creditworthy customers. For example, if a bank is offering a credit card at “prime plus 4” and its prime rate is 5%, then the bank is essentially offering customers an 11% loan (4% + 5%).

A fixed APR locks in your rate so that it does not fluctuate with changes to the prime rate on which it is pegged. The variable APR, on the other hand, moves in step with the prime rate. If conditions are volatile and interest rates spike, the variable APR that originally enticed you can end up bearing little resemblance to what you actually pay. While it’s preferable to have a card with a fixed APR, these cards are few and far between. Currently, the average fixed APR is 13.1% and the average variable APR rate stood at 15.7%.

Cards for Bad Credit
Everyone deserves a second chance; that’s the reasoning behind credit cards targeting those with bad credit. Moreover, in today’s technologically-driven world, it’s becoming increasingly difficult to function by only using cash, which makes a strong case for the ease and convenience of access to a credit card. Additionally, if you have bad credit, but you rack up a good history with these types of cards, you can repair your damaged credit score.

In most cases, these types of credit cards are “secured,” which means users must first load money onto the card in order to access the credit via the card. Some companies offer “unsecured” credit cards with low credit limits and high interest rates. But be warned, these rates can reach up to 20% or higher.