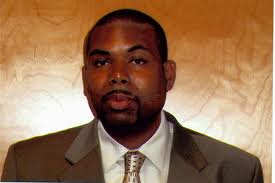 Mark Riddix, a Baltimore-based financial adviser, has recently been making waves online. Even while managing money for clients of his firm, New Horizons Financial Management L.L.C., Riddix dispenses investment advice on his website, BuyLikeBuffett.com, and on other Web outlets, like Savings.com and Seeking Alpha.

Like his idol, Warren Buffett, Riddix is a value investor. “I think once investors hop on the growth bandwagon with stocks like Apple, they’re automatically paying more for a company’s popularity,â€ he says. “The problem is, management has to hit earnings projections perfectly or else you might have problems.â€ Riddix says value stocks are cheaper and have the potential to surprise you.

For Riddix, mutual fund investing starts with research released by Morningstar, the Chicago company that tracks fund portfolios. A low Morningstar rating does hurt, says the adviser, but five stars don’t necessarily make a fund a definite pick. He looks for a track record that beats the competition; he’s also partial to experienced managers at the helm of the funds he picks. Finally, he likes to see long-term track records and a clear sense of direction.

As for Riddix’s financial market outlook for the next 12 months, he is fairly bullish. He says the stock market’s March pullback was to be expected after share prices enjoyed a two-year climb. “There are opportunities out there in financials and energy companies in this environment,â€ he says.

1. T. Rowe Price Capital Appreciation (PRWCX)
This fund is a balanced portfolio with 66% of its assets in stocks, a 13.77% cash holding, and an 11% stake in bonds. Riddix says the fund’s manager, David Giroux, leans toward value stocks. The fund has done well over time, too. Its average annual 8.74% total return for the past decade ranks No. 1 in its Morningstar category. Time Warner, Pfizer and U.S. Bancorp are among the fund’s top holdings.

2. Fairholme (FAIRX)
Riddix is a big fan of this fund and its manager, Bruce Berkowitz. The fund focuses on long-term growth of capital, and carries a five-star rating from Morningstar. Fairholme has led its category in three-year, five-year, and 10-year performance. Its average annual total return of 11.46% over the past decade ranks in the top 1% of its group. AIG, Goldman Sachs, and Bank of America are some of the fund’s top holdings. The fund likes to snatch up large-, mid-, and small-cap stocks to get an edge on the competition and can be flexible with $19 billion under management. “When funds get too large–with, say, $100 billion to look after–they can’t take advantage of smaller company shares as easily,â€ Riddix points out.

3. Loomis Sayles Investment Grade Bond A (LIGRX)
This fund invests in highly rated corporate bonds. Riddix likes Loomis Sayles’s reputation as one of the most reputable bond investment houses. The 10-year average annual total return of 8.5% is 3.3 percentage points above its competitors’ returns. The Loomis portfolio is invested in intermediate bonds, which Riddix says could help absorb any bumps if interest rates rise. The Loomis fund’s current 4.59% yield is something of a portfolio boost at a time when savings accounts and CDs pay investors less than half that amount in interest. To top it all off, Dan Fuss, who has managed the fund since 1996, is viewed as one of the best around, according to Morningstar.