Back to Basics: How to Embed Your Instagram Video 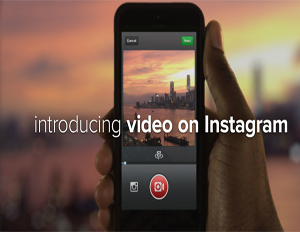 Facebook rolled out video on Instagram Thursday, leaving both IG enthusiasts and hard-core Vine users to explore the latest in video sharing. For the last five months, Twitter’s highly-popular video sharing tool, Vine, dominated the space with its six-second video capabilities but that soon changed after the Menlo Park, California-based company’s latest announcement.

When the social networking giant announced it, too, would offer its users video functionality– 15-second videos that are less shaky and have one of 13 filter selections–consumers and brands gained an additional option to leverage their brand messaging. At the moment, reports are indicating that Instagram video is winning the battle with its built-in community and cool filters, but whether or not they’ll win the war is to be determined. Rumors are already swirling that Twitter is trying to improve its Vine app since Facebook’s announcement.

Yes, Instagram video is a viable competitor for Vine, but it’s losing in one key area: The ability to embed the short videos elsewhere. Here’s how to manually embed Instagram videos, with tips provided by Mashable‘s own Christina Warren:

2)Â Â Â Â Â  Locate the area of code that reads ‘div class-“Video” and look for a URL that has “distilleryvesper” in the title and ends in “.mp4.”

This is the URL for your video clip. Copying that URL (right-click on the code section and select “copy link address”) and pasting it into its own webpage should give you a link like this.

3)Â Â Â Â Â  Then look for the URL of the “poster” image. This is the Cover Photo you chose for your Instagram video. It’s an AmazonAWS link; the URL should start with “distilleryimage.”