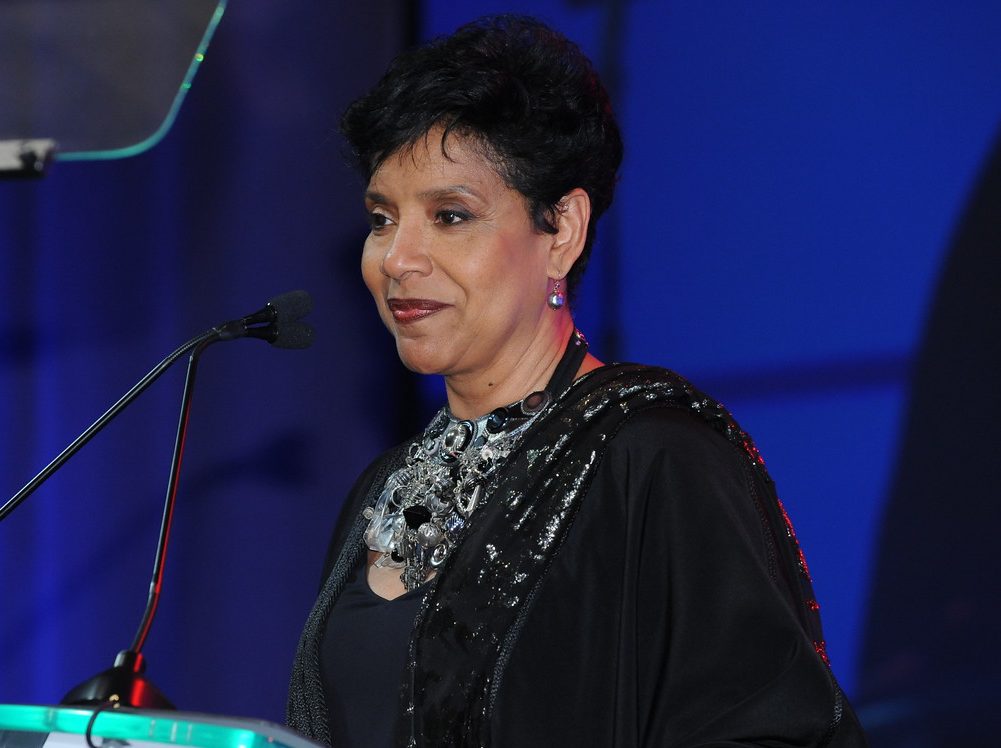 Late Wednesday, Howard University repudiated a sympathetic and “insensitive” tweet from their incoming dean, Phylicia Rashad, after she sparked a controversy online for praising Bill Cosby and proclaiming that a “terrible wrong is righted,” in reference to his sudden release from prison.

Rashad, who is best known as the beloved TV mom Claire Huxtable of the NBC sitcom “The Cosby Show,” and on CBS’s “Cosby” is the incoming dean of Howard’s Chadwick A. Boseman College of Fine Arts, named after the late Black Panther actor.

Cosby, 83, who was serving 3-to-10 years for sexual assault of a former Temple employee was abruptly released on Wednesday when the Pennsylvania Supreme Court sided with his lawyers on a technicality and overturned his conviction, The Washington Post reports. Cosby’s attorneys argued that they cut an alleged deal with former prosecutors that promised the disgraced TV star would not serve jail time.

Upon hearing the news of Cosby’s release, Rashad who played Cosby’s TV wife, fired off a jubilant tweet, saying “Finally,” in capital letters.

“A terrible wrong is being righted — a miscarriage of justice is corrected,” added Rashad.

That sentiment did not sit well with the esteemed HBCU which quickly distanced itself from Rashad’s tweet saying in a statement that it, “lacked sensitivity towards survivors of sexual assault.”

The statement read in part: “While Dean Rashad has acknowledged in her follow-up tweet that victims must be heard and believed, her initial tweet lacked sensitivity towards survivors of sexual assault,” the statement said.

“We will continue to advocate for survivors fully and support their right to be heard,” the university said. “Howard will stand with survivors and challenge systems that would deny them justice. We have full confidence that our faculty and school leadership will live up to this sacred commitment.”

Rashad backpedaled from her initial tweet and followed up by softening her stance saying: “I fully support survivors of sexual assault coming forward,” wrote Rashad.

“My post was in no way intended to be insensitive to their truth. Personally, I know from friends and family that such abuse has lifelong residual effects. My heartfelt wish is for healing.”

Rashad’s tweet set off a wave of fervent backlash especially in light of the historic university’s own battles to clean up its image after six women filed lawsuits against the university in 2017 reportedly for its lax response and “mishandling” of sexual assault allegations.

In 2018, a group of students organized a protest at the school’s administration office, citing demands for improved policies and procedures in handling sexual assault complaints as well as a demand for a freeze on tuition and better housing.

And last year, The Black Survivors Healing Fund was created after “current and former Howard University students on Twitter began sharing stories of sexual violence they had experienced. These experiences ranged across the spectrum of sexual violence, including harassment, sexual assault, unwanted sexual contact, verbal and emotional abuse, intimate partner violence and more. Many of these acts of sexual violence were done by the same people, to many different survivors,” according to its GoFundMe page.

Rashad’s personal comments did not align with the university’s stance on sexual assault, especially in light of her new position. Despite the apology, Rashad’s remarks set off a rash of criticism with many threatening to cancel Rashad.
In fact, another beloved TV mom, known as “Aunt Viv,” Janet Hubert from the Fresh Prince of Bel-Air ripped into Rashad for her “unsympathetic” comment, thus kicking up dust for an online showdown between the sitcom moms.

“Phylicia what are you thinking!!! I don’t know you but to say this was terribly wrong. EVERYONE knew what he was doing back then. How could you NOT! Get your umbrella sista here comes the shit shower. I am outraged that he has been released. Yes he is an old ass guilty man,” she wrote.

Phylicia what are you thinking!!! I don’t know you but to say this was terribly wrong. EVERYONE knew what he was doing back then. How could you NOT! Get your umbrella sista here comes the shit shower. I am outraged that he has been released. Yes he is an old ass guilty man! pic.twitter.com/9mHtuEYLgk

Another woman who identified herself as a sexual abuse survivor called on Rashad to have more respect for survivors.

As a @HowardU School of Fine Arts alum, and as a survivor, this tweet from @PhyliciaRashad is disappointing. I hope we can have a dean who believes & respects survivors. Howards students who are survivors, I believe you & here are resources: https://t.co/AedmHaOPxN #HUStands https://t.co/qD4doAncIT

Others were not buying Rashad’s apology.

You support rapists. It was made clear in your previous tweet. Everything else you say now is just noise.

Still many called on Howard to set the record straight by perhaps dismissing Rashad from her new position.

But still you won’t fire her and put her above the pain and suffering and abuse and cruelty that the man she is defending caused upon 60 women. Gotcha!