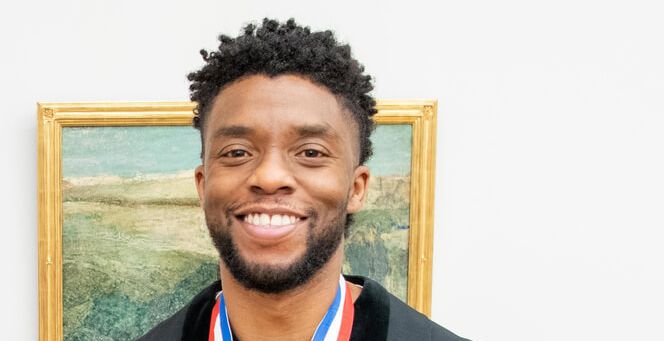 The name Chadwick Boseman will live on at his alma mater.

Howard University will name its newly reestablished College of Fine Arts in honor of the Oscar-nominated actor and Black Panther star who was diagnosed with stage III colon cancer in 2016. Boseman died in his home last year, with his wife and family by his side.

“When Chadwick Boseman returned to campus in 2018 to serve as our commencement speaker, he called Howard a magical place. During his visit, I announced our plans to re-establish the College of Fine Arts and he was filled with ideas and plans to support the effort in a powerful way,” said university president Frederick. “Chadwick’s love for Howard University was sincere, and although he did not live to see those plans through to fruition, it is my honor to ensure his legacy lives on through the Chadwick A. Boseman College of Fine Arts with the support of his wife and the Chadwick Boseman Foundation. I’m also elated to have the support of The Walt Disney Company’s Executive Chairman Bob Iger, who has graciously volunteered to lead the fundraising effort to build a state-of-the-art facility and endowment for the college.”

“Chad fought to preserve the College of Fine Arts during his matriculation at Howard and remained dedicated to the fight throughout his career, and he would be overjoyed by this development,” the Boseman family said in a written statement. “His time at Howard University helped shape both the man and the artist that he became, committed to truth, integrity, and a determination to transform the world through the power of storytelling. We are confident that under the dynamic leadership of his former professor and mentor the indomitable Phylicia Rashad that the Chadwick A. Boseman College of Fine Arts will inspire artistic scholars for many generations.”

Iger is leading the fundraising efforts in honor of Boseman to build a new, state-of-the-art facility to house the college and an endowment for the Chadwick A. Boseman College of Fine Arts.

“Chadwick Boseman was an extraordinarily gifted, charismatic, and kind-hearted person whose incredible talent and generous spirit were clearly reflected in his iconic performances, including as King T’Challa in Black Panther, and in his tireless commitment to helping others,” Iger said. “Through his tremendous example, he inspired millions to overcome adversity, dream big, and reach beyond the status quo, and this College named in his honor at his beloved Howard University will provide opportunities for future generations of artists to follow in his footsteps and pursue their dreams.”