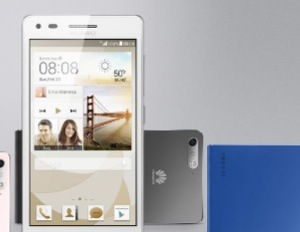 The company is the third largest phone manufacturer, so making its devices accessible to everyone is a definite advantage.

The mobile holy grail for many phone users is a dual-booting smartphone. Android and iOS on a single device? Perfection. But while the latter operating system won’t be making it to any non-Apple devices anytime soon, the former is joining the third horse in the smartphone race: Windows Phone.

Chinese smartphone maker Huawei has confirmed that it plans to release a dual-booting smartphone this year. The phone will run both Google’s Android operating system as well as Microsoft’s Windows Phone software.

In an interview with Trusted Reviews, Shao Yang, Huawei’s Chief Marketing Officer, discussed the company’s future smartphones and how it is going to use the Android operating system to sell more of its second-string smartphones, Windows Phone devices. “If it is Windows only, maybe people will not find it as easy a decision to buy the phone,” Yang said. “If they have the Android and Windows together, you can change it as you wish and it is much easier for people to choose Windows Phone.”

As for a set release date, Yang wasn’t too specific, but expects the dual-booting smartphone to be “on sale in the US in Q2.â€

A dual-booting smartphone is a great idea for many reasons, but the primary one is a more expansive access to a variety of apps including Microsoft’s Office Mobile for Windows Phone devices or Google Drive.

Android and Windows Phone have had a very unusual relationship, certainly more than Windows Phone and Apple’s iOS. In 2010, Android phone maker HTC signed an agreement to pay an undisclosed amount in royalties to Microsoft for use of its patents.

And in 2014 at Mobile World Congress, Nokia revealed its Nokia X smartphone that, while running Android, uses Microsoft’s services like Bing, Outlook, and Skype. It’s interesting to note that, while Microsoft purchased Nokia in 2013, the Finnish smartphone manufacturer still plans to release the X line of smartphones to emerging markets this year.